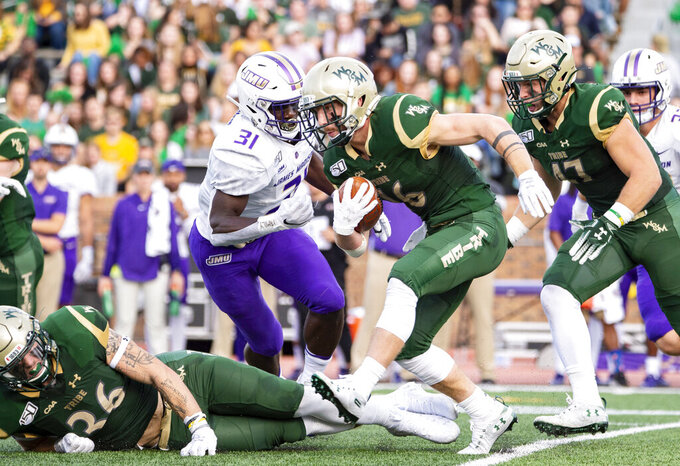 William & Mary's Bronson Yoder (16) returns a kickoff during the first half of an NCAA college football game in Williamsburg, Va., on Saturday, Oct. 19, 2019. (Mike Caudill/The Virginian-Pilot via AP) 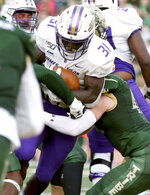 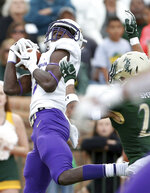 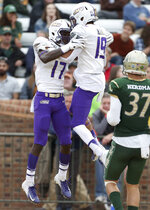 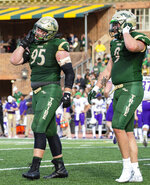 DiNucci completed 23 of 36 pass attempts that included a 16-yard touchdown pass to Brandon Polk and a 37-yard score to Kyndel Dean.

Percy Agyei-Obese added a pair of touchdowns runs from the 1 in the second quarter for the Dukes, and finished with 68 yards rushing on 18 carries. Latrele Palmer added a 1-yard TD run in the final minute.

Ted Hefter tossed a 6-yard touchdown pass to Trey Zgombic for William & Mary (2-5, 0-3). The Tribe had three turnovers and was held to 194 yards of offense.