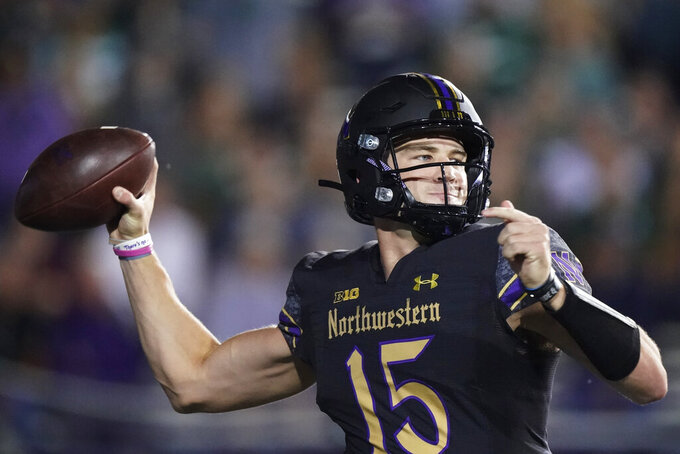 Johnson had been with Northwestern the past four seasons. He announced his decision to return to Clemson on Monday.

Johnson is a 6-foot-2, 205-pound graduate from Brownsburg, Indiana. He was considered a five-star prospect coming out of high school and signed with Clemson in 2017. Johnson sat behind starter Kelly Bryant that season and went through spring practice the following year behind future No. 1 NFL draft pick Trevor Lawrence.

Johnson transferred before the 2018 season. He sat out that year because of NCAA transfer rules at the time. Johnson played in 11 games at Northwestern, completing 95 of 183 passes for 856 yards, five touchdowns and eight interceptions.

Johnson said he had contacted Swinney about becoming a grad assistant coach for the Tigers. Swinney asked if he'd like to join the team and help the team's younger quarterbacks in current starter D.J. Uiagalelei and incoming freshman Cade Klubnik, considered a five-star prospect by 247Sports.com.

Swinney has not been a fan of the transfer portal, preferring to bring in young talent and develop it. But the coach has said he would use it if it could help the Tigers.