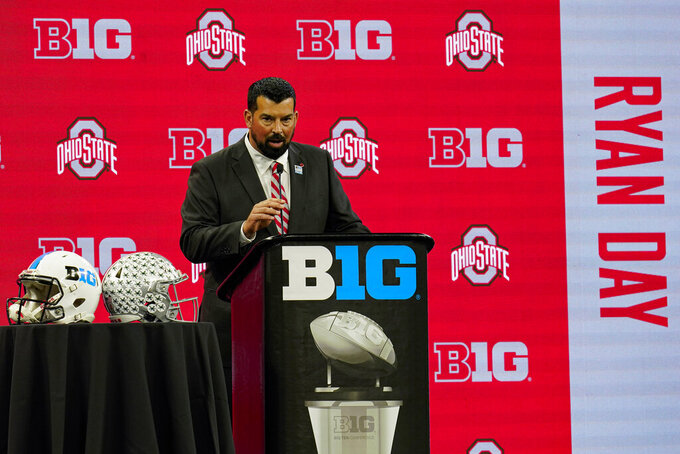 Barring a dramatic change of direction, Texas and Oklahoma are moving toward taking the Red River Rivalry to the Southeastern Conference in a seismic shift that will have repercussions in college sports from coast to coast.

According to multiple reports, the first and significant formal step of the process could come as soon as Monday with the two schools informing the Big 12 they will not renew the contractual agreement that binds conference members until 2025.

“The meeting was cordial, and the Executive Committee expressed a willingness to discuss proposals that would strengthen the Conference and be mutually beneficial to OU and UT, as well as the other member institutions of the Conference,” Bowlsby said in a statement. "I expect that we will continue our conversations in the days ahead and we look forward to discussing thoughts, ideas and concepts that may be of shared interest and impact.”

If the Big 12 can't get Oklahoma and Texas to reverse course, expect the lawyers to take over. An early departure could cost the schools well over $100 million combined to get out of that grant of rights.

But a pot of gold awaits in the SEC and having the Longhorns and Sooners linger as lame ducks doesn't have much upside for the Big 12.

There is a good chance that come kickoff of the 2022 college football season, Texas and Oklahoma will be in the Southeastern Conference.

The SEC signed a $300 million deal with ESPN last year that gives the network rights to all SEC football games starting in 2024 and is expected to bump the conference's annual distribution to its members to about $68 million.

The Big 12 distributed $34.5 million per school recently, down over the previous year because of the pandemic.

A projection done by Navigate Research, which does data modeling for professional sports leagues and college conferences, for The Athletic last year had the annual distribution gap between the SEC and Big 12 at about $16 million per team per year in the SEC's favor by 2026.

That was under the assumption the Big 12 would still have Texas and Oklahoma.

The Big 12's next TV deal will pay substantially less without its flagship schools than the $574 million in 2026 that Navigate was projecting.

“That's a given,” said former Big 12 Commissioner Chuck Neinas, who stepped in to help the conference survive the last round of realignment in the early 2010s.

The addition of Texas and Oklahoma to the SEC could break from standard operating procedure. That's especially true if ESPN decides it no longer needs a partnership with the Big 12 and the SEC increases the quality and quantity of its football inventory by going to a nine-game conference schedule.

The Aggies are not thrilled about the prospect of sharing the SEC with the Longhorns, who they were happy to leave behind when they left the Big 12 in 2011.

There will be complaints from board members and politicians, but Texas A&M will not play obstructionist as the SEC tries to complete this deal.

“Whoever joins, whatever that looks like, that's what we're ready for,” Texas A&M athletic director Ross Bjork told the AP on Sunday.

SEC Commissioner Greg Sankey was part of a four-person group, along with Big 12 Commissioner Bob Bowlsby, that worked on College Football Playoff expansion for about two years.

The plan unveiled last month calls for a 12-team field. There are steps to go before formal approval, but implementation could come as soon as 2023.

Those with a background in college sports believe it was no coincidence that Sankey was working on both CFP and SEC expansion.

The current CFP expansion proposal calls for the six top-ranked conference champions to make the 12-team field, along with six at-large picks by the selection committee.

The SEC is about to add the only Big 12 school (Oklahoma) to make the playoff and the only other Big 12 school (Texas) to win a national championship since the conference was formed in 1994.

Texas and OU will have a more treacherous path to the CFP in the SEC, but more roads are opening up.

An even stronger SEC could cannibalize its best teams in some seasons. It could also potentially eat up half the spots in a 12-team CFP in others.

If Texas and Oklahoma leave, do Texas Tech, TCU, Baylor, Kansas, Kansas State, Oklahoma State, Iowa State and West Virginia scatter to other conferences or stay together and rebuild?

Realignment is survival of the fittest. Collegiality and collaboration last right up until one party finds a better deal for itself than the collective can provide.

There are a few factors that might work in the Big 12's favor.

Currently, the Big 12 is one of five autonomy conferences in NCAA Division I governance along with the SEC, Big Ten, Pac-12 and Atlantic Coast Conference.

That doesn't go away if Texas and Oklahoma leave.

The Big 12 also has status within the current CFP structure. The Big 12's share of CFP revenue is $67 million per season, same as the other Power Five (or Autonomy Five) conferences.

Throw on top of that the Big 12's deal with the Sugar Bowl, which pays another $80 million per year to the conference and puts its champion (or another highly rated team) in a high-profile game to face an SEC team.

Those agreements expire after the 2025 season, but for five more football seasons, the Big 12 has big money flowing in through the CFP and its current TV agreements with Fox and ESPN.

Plus, a possible windfall in exit fees from Texas and Oklahoma.

A new Big 12 might be stripped of all this status and earning potential eventually, but tapping into that for even five years should be appealing to a lot of schools that currently have neither.

Can the A in American stand for aggressor?

The American Athletic Conference has no plans to sit back and let a rebuilding Big 12 lure its best programs such as Houston, UCF and Cincinnati.

What the AAC has going for it is an ESPN contract that runs through the 2031-32 school year.

Aresco can sell long-term stability and the ability to re-open that $1 billion TV deal for a super conference of 16, 18, maybe even 20 schools that will be more valuable long-term than what the next version of the Big 12 could get when it hits the open market.

THE REST OF THE POWER FIVE

Big Ten — The conference is still positioned with its big markets, big brands, large fan bases and relationship with Fox (TV deal is up in 2023) to be the SEC's biggest rival.

But it does seem as if the SEC's Sankey might have taken advantage of a change in leadership within the Big Ten —- not just Kevin Warren replacing Jim Delany as commissioner, but also at the university president level — to make the one move that could pull the SEC ahead of the Big Ten in revenue generation.

ACC — Even before this move, the ACC was searching for a way to reopen a long-term TV deal with ESPN (expiring in 2036) that could leave the conference lagging way behind its peers in revenue.

Is it add Notre Dame or bust? Could some combination of West Virginia, Cincinnati and UCF create an opportunity for significant renegotiations?

Pac-12 — The West Coast's conference might benefit from a weakened Big 12, allowing it to jostle with the ACC to be a distant No. 3 in the pecking order.

Expansion works best in the Pac-12 if it brings in a new time zone (Central) or fertile recruiting ground. The school would also need to be an academic and cultural fit with existing members. None of the non-Texas Big 12 schools check every box.

As the NCAA cedes power to conferences, a bigger, richer SEC led by a policy wonk such as Sankey has the potential to become the most powerful entity in college sports off the field, too.

“The SEC is in a position to lead in whatever this transformation is in college athletics,” Bjork said. “And so that's why you're seeing the interest of others wanting to join.”