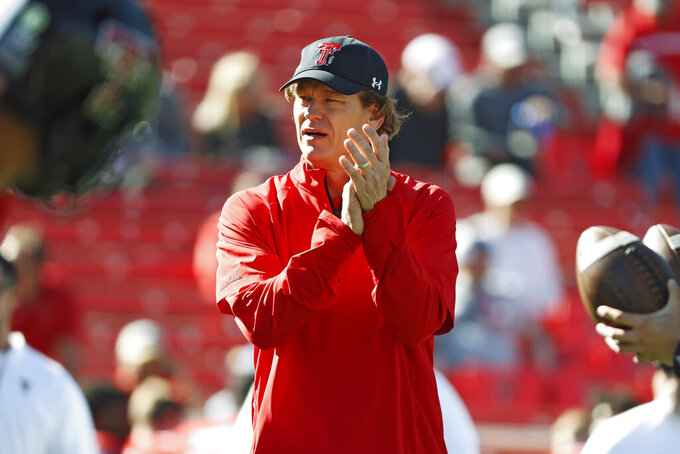 University officials announced the hiring Tuesday night and have a formal introduction scheduled for Wednesday.

Cumbie spent this past season as Texas Tech’s offensive coordinator and went 1-3 as interim head coach following the firing of Matt Wells in late October.

Cumbie takes over at Louisiana Tech for Skip Holtz, who announced last week that he would step down following the Bulldogs’ season finale against Rice.

Louisiana Tech finished 3-9 this season, but largely won under Holtz, who went 64-50 with the Bulldogs in nine seasons, including 6-1 in bowl games.

Cumbie played quarterback at Texas Tech from 2001 to 2004, becoming a starter his senior season and passing for 4,742 yards and 32 touchdowns. He spent five years playing professionally in arena football and also signing as a practice squad player for the NFL's Indianapolis Colts and Baltimore Ravens before starting his college coaching career as a graduate assistant at Texas Tech in 2009.

By 2013, he was a co-offensive coordinator at Texas Tech and later held the same job at TCU before returning to Texas Tech.

Last week, newly hired Texas Tech head coach Joey McGuire announced that he intended to retain Cumbie as his offensive coordinator and quarterbacks coach. Instead, Cumbie wound up leaving for what will be his first opportunity to be a Division I FBS head coach on a permanent basis.