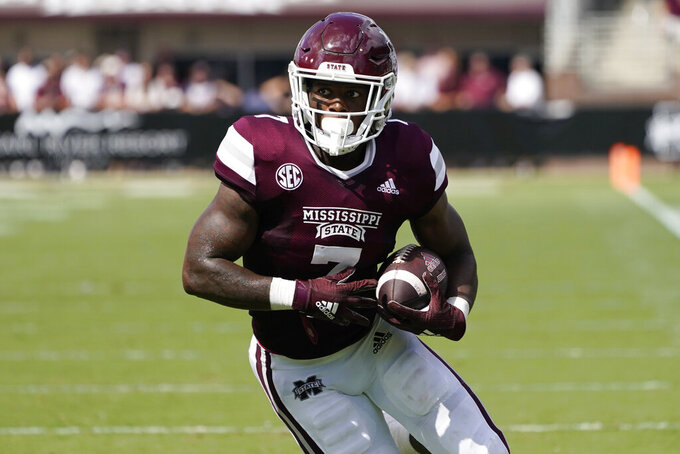 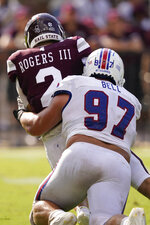 STARKVILLE, Miss. (AP) — Early in the fourth quarter, with his team down 20 points at home to a non-Power 5 opponent, Mississippi State head coach Mike Leach may have heard the lyrics to an old Talking Heads song sponging around in his brain, wondering, how did we get here?

Then the Bulldogs snapped in gear, and, in true Leach fashion, scored 21 points in 12 minutes to beat Louisiana Tech 35-34 in a season opener.

“I basically said we tried every way known to man to lose it, just for fun let’s try something different,” Leach said. “Let’s go ahead and do our job because we’ve got nothing to lose. And off we went.”

LA Tech trailed 14-0 in the first quarter before rattling off 34 unanswered points against the Southeastern Conference’s No. 4-ranked total defense from a season ago.

Mississippi State turned the ball over four times, committed 12 penalties for 95 yards and often looked confused and listless in the first game of Leach’s second season in Starkville, putting the heavily-favored Bulldogs in quite the pickle.

“The middle of the game was as bad as a team can play on all sides,” Leach said.

But in the game’s final 12 minutes, the Bulldogs regained their offensive composure. Jo’Quavious Marks rushed for two short-yardage touchdowns, then Will Rogers found Jaden Walley for a 15-yard strike to put Mississippi State back on top.

“When they start scoring, that just boosts our confidence up,” safety Fred Peters said. “We basically told them we got y’all. You keep scoring and we’ll keep getting stops.”

“It was a roller coaster,” Holtz said. “I’m not going to say we lost so much as time just ran out.”

Austin Kendall was 20-for-36 for 269 yards and also led the team in rushing with 68 yards. Smoke Harris caught four passes for 52 yards, including one 24-yard touchdown. Bub Means also caught a 72-yard strike.

Mississippi State: Though victorious, all is not well in Starkville. Leach’s second-year squad begins the year right where they left off in 2020: inconsistent.

“We act like since we play in some big conference, they have to come in here and roll over for us,” Leach said. “And they’re not cooperating. We just have to keep pushing.”

Louisiana Tech: With an extra stop here or a gust of wind there, this could have been a signature win for ninth-year Tech coach Skip Holtz. There are no moral victories in college sports, but there are certainly momentum-building losses. This feels like one of those.

Mississippi State will stay at home next week to host North Carolina State while LA Tech will open their home schedule against in-state foe Southeastern Louisiana.