No. 15 Hokies TE Mitchell to have season-ending knee surgery 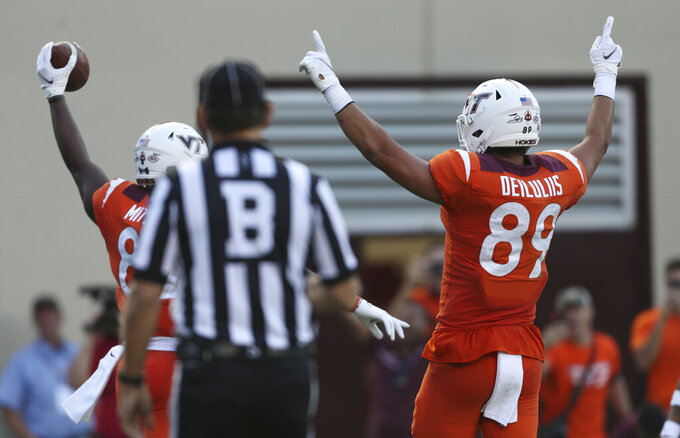 Mitchell, the preseason All-ACC first-team tight end, took a low hit on a run from the 2-yard line and in the No. 15 Hokies' 35-14 victory against Middle Tennessee.

“I'm disappointed for him. What a great leader, a great young man,” Fuente said as he opened his weekly availability with reporters. “I know how much this football teams means to him and that's immediately where his thoughts went.”

Following the game, Fuente said he thought Mitchell would be fine, but a follow-up MRI revealed a more serious injury that necessitates surgery.

Mitchell, who investigated leaving early for the NFL after last season, had five catches for 42 yards with a touchdown this season. For his career, he has 52 catches and 838 receiving yards and scored 12 touchdowns.