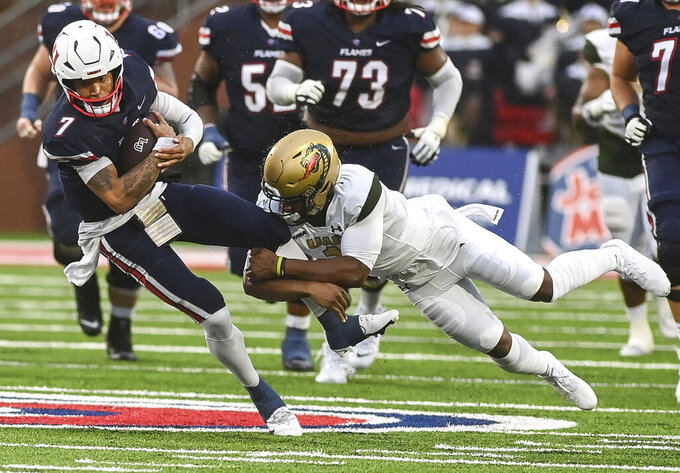 Line: Wake Forest by 16 1/2, according to FanDuel Sportsbook.

The Demon Deacons are considered one of the top teams in the Atlantic Coast Conference and want to keep building momentum ahead of next week's visit from No. 5 Clemson. The Flames are looking for a third straight 3-0 start, which has never happened before in program history.

Liberty's defense against Wake Forest's offense. The Flames are tied for third nationally with nine takeaways, six coming on fumble recoveries and three on interceptions in two games. They're facing a program that has traditionally taken care of the football under Dave Clawson as one of the Demon Deacons' keys to victory. Yet Wake Forest also ranked as one of the nation's top offenses last season and will have veteran quarterback Sam Hartman back from a blood clot that sidelined him for the opener.

Liberty: QB Kaidon Salter. The second-year transfer from Tennessee won his first career start against UAB last weekend. He threw for 202 yards and ran for 79 yards with a touchdown.

Wake Forest: WR A.T. Perry. The fourth-year wideout had a quiet opener but erupted with five catches for 142 yards and a touchdown in last week's win at Vanderbilt.