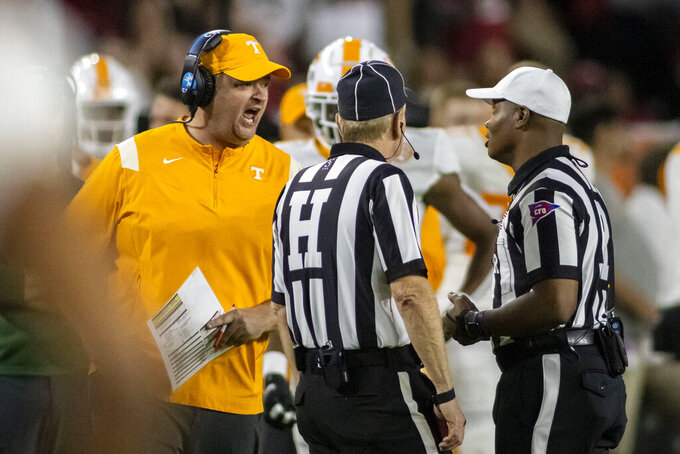 Bailey announced his decision Wednesday in a social media post.

“It's with a heavy heart, I would like to announce that I will be entering my name into the transfer portal and exploring other opportunities,” Bailey wrote.

The 6-foot-5, 220-pound QB from Marietta, Georgia, was the No. 3 pro-style quarterback prospect nationally and a four-star recruit by the 247Sports Composite coming out of high school.

He wound up starting three of seven games as a freshman, going 1-2. He was 48 of 68 for 578 yards with four touchdown passes and two interceptions.

This season, Heupel named Joe Milton as the starter before the opener. After an injury, Hendon Hooker, a graduate transfer from Virginia Tech, started the past six games. Bailey played only in a rout of Tennessee Tech where he threw for 16 yards and ran for the first TD of his career.