Richardson, No. 18 Florida look to regain confidence vs USF 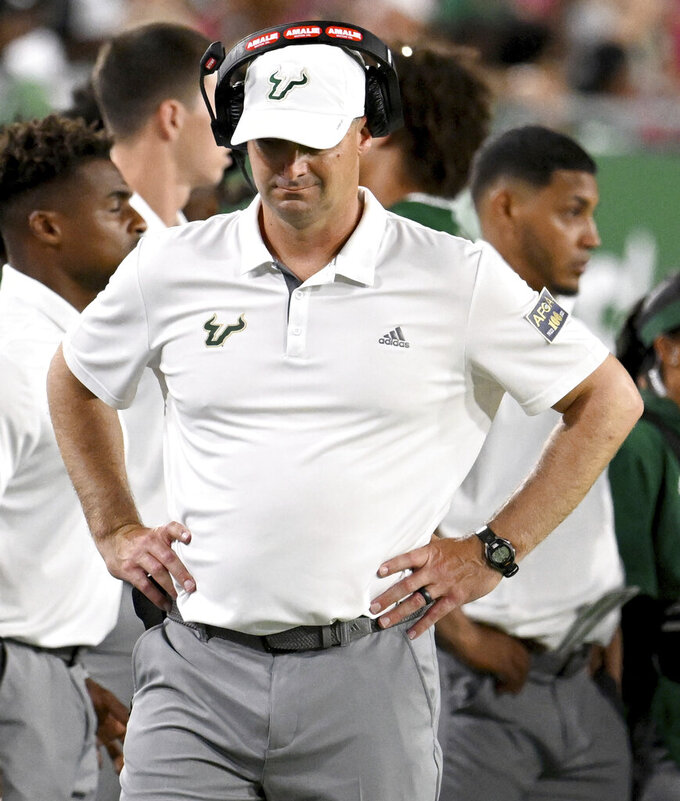 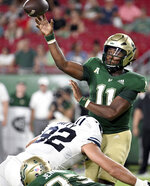 Line: Florida by 24½, according to FanDuel Sportsbook.

The Gators look to bounce back from a 26-16 loss to Kentucky to open Southeastern Conference play. Florida is the only team in the country to start the season with consecutive games against ranked opponents. Coach Billy Napier’s group should get a reprieve against USF, which has lost 12 straight against ranked teams.

Florida QB Anthony Richardson versus one of the worst defenses in the country. Richardson came off the bench and torched the Bulls last year, running four times for 115 yards and a touchdown. He also completed all three of his passes for 152 yards and two scores. Richardson could use another dynamic performance after a confidence-crushing outing against Kentucky. USF ranks 125th nationally in total defense, giving up nearly 500 yards a game.

USF: Senior Jared Mangham has 67 yards rushing and three touchdowns in two games, but he could find holes against a Florida defense that’s been shaky in second halves and might be without standout LB Ventrell Miller.

Florida: Freshman RB Trevor Etienne is averaging a team-leading 7.86 yards a carry and could be poised for a breakout game against a team that’s giving up 241 yards a game on the ground. Etienne is the younger brother of Jacksonville Jaguars running back Travis Etienne, who starred and Clemson and remains the all-time leading rushing in Atlantic Coast Conference history.

Napier and USF coach Jeff Scott were offensive assistants at Clemson for three seasons (2008-10) under Dabo Swinney. … USF is 2-6 all-time against the SEC, with the last win coming against South Carolina in the 2016 Birmingham Bowl. … The Bulls have beaten every team in the Sunshine State except Florida. They played in Tampa last year, with the Gators winning 42-20. That was the first of a three-game series scheduled. USF plays in the Swamp again in 2025. The Bulls are getting $500,000 to make this trip and $250,000 for the next one. … Florida hasn’t lost home games in consecutive weeks since falling to LSU and Texas A&M in October 2017.