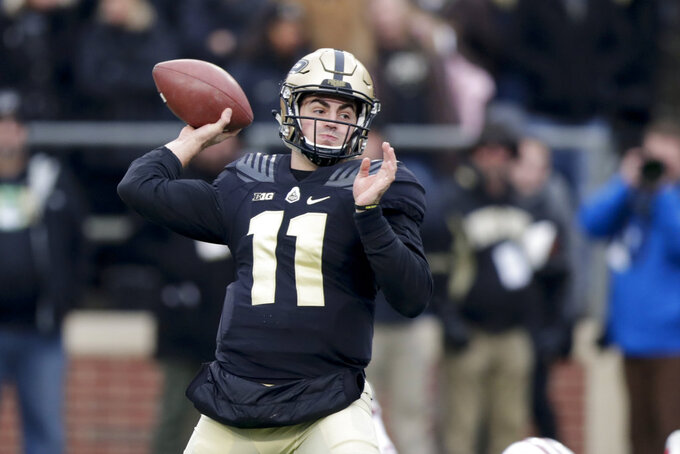 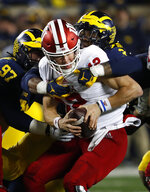 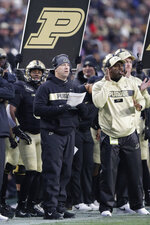 He pointed to the handful of close calls in 2017, each a potential win that could have made the Hoosiers bowl-eligible. Instead, their offseason began shortly after Thanksgiving and now the Hoosiers find themselves facing the exact same predicament as last year: Beat Purdue on Saturday or the season is over early — again.

Allen is eager to see how much of a difference his season-long message makes.

"It's critical that we completely finish the season here with game No. 12 at home," he said. "I was up front with them again today. We know what's at stake, and we know that the winner gets to go play in a bowl game and the loser gets to stay home, so that's what we're playing for."

And now Purdue coach Jeff Brohm has joined the chorus.

After a rollercoaster season, which includes three wins over ranked teams along with losses to Eastern Michigan and Minnesota, the Boilermakers also must win to reach the postseason.

While it's certainly not the ideal predicament, it is one Brohm hopes his team will embrace as they play for a postseason ticket for the second straight season.

"It's one of those games that you really dream about playing," Brohm said Monday during his weekly news conference. "I think our guys will get back to work this week and understand this is a game that means a lot to our school and to our fan base, and we've got to go out and try to find a way to win it."

Both teams had chances to avoid this situation.

Indiana (5-6, 2-6 Big Ten) went toe-to-toe with Ohio State, challenged Penn State at home, tied Minnesota late and then led for most of Saturday's game at Michigan. They wound up losing all four.

Purdue (5-6, 4-4) lost twice in September on game-ending field goals, charged back into the Big Ten West race with upsets over the Buckeyes and Iowa and then stumbled against Michigan State, played poorly at Minnesota and blew a 14-point, fourth-quarter lead against Wisconsin. Saturday's triple-overtime loss was Purdue's third defeat in four games.

"We've had our chances in quite a few games this year," Brohm said. "We haven't been able to finish, and then for the most part we've responded."

But as much as Brohm continues to talk about the task at hand, the speculation continues to swirl about Brohm's future in West Lafayette.

Brohm spent most of last week's news conference answering questions about the opening at his alma mater, Louisville, dealt with another torrent of questions following Thursday's practice and even wound up batting away a question on whether all the talk made an impact on Purdue's preparation for Wisconsin.

"No, not at all. Our guys trust me to do a great job," he said, wrapping up the postgame news conference.

Regardless of this weekend's outcome in Bloomington, the chatter will almost certainly crank up over the next week.

Brohm has turned things around quickly at Purdue and never missed the postseason in his first four seasons as a head coach — a streak he hopes to keep intact even as the Cardinals are expected to make the hard sell to the hometown kid who looks like the perfect successor to Bobby Petrino.

For the moment, though, Allen and Brohm remain both focused on the same goal: Finishing the regular season with a crucial sixth win.

"A lot is on the line, and our players understand that," Allen said. "So we had a great start to the week, and very much looking forward to the schedule we have."