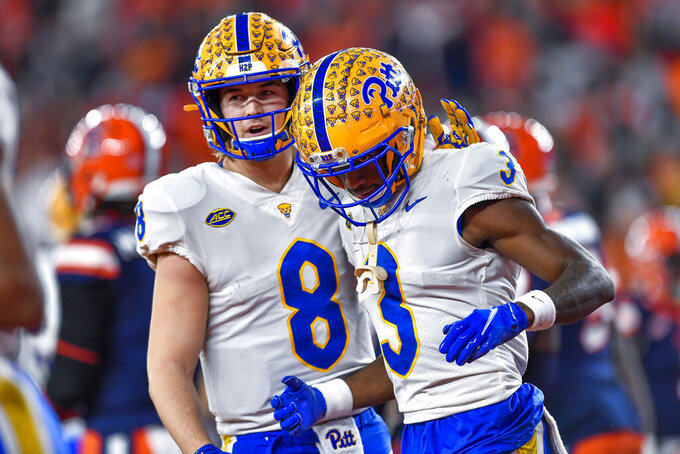 Pickett and Addison were first-team picks for the offense in Tuesday's release, while tackle Calijah Kancey was a first-team pick on defense. The Panthers will play in Saturday's league championship game against No. 18 Wake Forest, which had first-team receiver A.T. Perry and first-team offensive tackle Zach Tom among its eight selections.

Clemson finished with 10 all-ACC picks despite seeing its six-year reign atop the league end.

Florida State senior defensive end Jermaine Johnson II, who ranks sixth nationally with 12 sacks, was the leading vote-getter with 189 points in voting by a panel of 50 media members and each of the league's head coaches.

The Associated Press will release its all-ACC honors Monday.