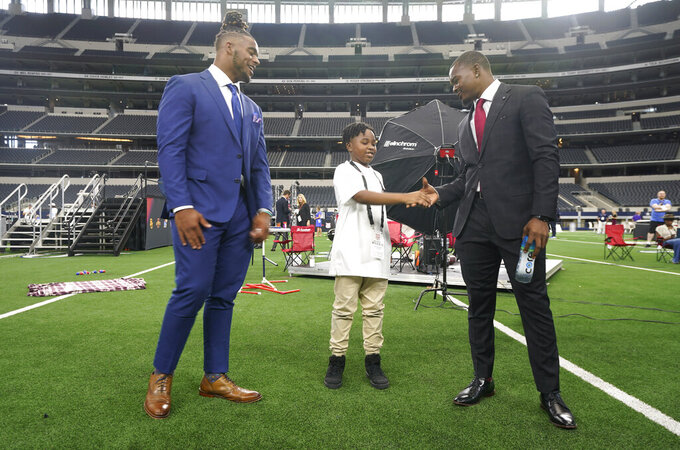 Coach Neal Brown pushed for patience as he took West Virginia through a rebuilding first season, then made a bit of progress in his second. The challenge in Year 3 is getting more noticeable results.

The Mountaineers are going to need marked improvement on offense in order to challenge No. 2 Oklahoma, No. 7 Iowa State and No. 21 Texas. Or, in the least, to move back into the top half of the Big 12.

West Virginia is 11-11 under Brown and has finished no better than sixth. It’s been 10 years since the Mountaineers have been to a major bowl and five since their last 10-win season.

Fans might start grumbling about whether that will arrive again soon. The reality is another middle-of-the-pack finish could be in store, although Brown is hopeful a boost is imminent with an offense led by 1,000-yard running back Leddie Brown and quarterback Jarret Doege.

“I think the difference in our team this year is we’ve got a good mix of veterans and youth," Brown said. "I think that our youth are hungry.

"Our leadership’s better, and that’s not a knock on anybody that’s been here before. I just think our leadership has been in our program now for going on three years and they got a better understanding of what we’re trying to do.”

The Mountaineers navigated through some tough circumstances a year ago.

Defensive coordinator Vic Koenning left the program in the summer due to player allegations of insensitive comments. West Virginia went winless on the road and its final home game with Oklahoma was canceled due to positive COVID-19 cases in the Mountaineers' program. A Liberty Bowl win over Army salvaged a 6-4 season.

The season opener this year is Sept. 4 at Maryland.

West Virginia ranked eighth in the 10-team Big 12 last season in scoring and offensive yards. Despite Leddie Brown’s production, the Mountaineers were near the bottom in rushing offense, too. But it was much better than the previous year when the team averaged just 73 yards per game.

The running game’s success will depend on development of an offensive line that lost three starters. Tony Mathis, who had only 18 carries last season, is on track to be Leddie Brown’s backup.

Doege needs to be more consistent in his second full season as a starter. He couldn't get the Mountaineers into the end zone in the regular-season finale at Iowa State and struggled in the bowl win. Doege finished second in the Big 12 behind Oklahoma's Spencer Rattler in average passing yards at 259 but threw for just 14 touchdowns.

There is a mix of length and speed in the receiving corps. Winston Wright looks to improve on a solid sophomore season in which he was among the Big 12 leaders in receptions (47) and receiving yards (553).

Dante Stills is going it alone after playing alongside his brother, all-American Darius Stills, for the past two years on the defensive line. This year, Dante Stills is the only West Virginia player named to the preseason all-Big 12 media team.

“It's definitely different playing without my brother,” Dante Stills said. “I've been playing with him my whole life. We lived with each other all throughout college. I know what I have to do.”

A defense that gave up the fewest points and yards in the league as well as a national-low 160 passing yards per game lost linebacker Tony Fields, the Big 12's top tackler, while three other regulars transferred, including third team all-American safety Tykee Smith to Georgia.

Among the returnees are second-leading tackler Alonzo Addae at safety and third-leading tackler Josh Chandler-Semedo at linebacker. Some freshmen might be called upon to help fill holes in the secondary. Akheem Mesidor steps into Darius Stills' spot after recording a team-high five sacks as a freshman.

Fans have been clamoring to see more of mobile quarterback Garrett Greene ever since he took his first snaps a year ago against Eastern Kentucky. He averaged nearly seven yards per carry on six rushing attempts all year. The redshirt freshman could step into the role as Doege's backup after Austin Kendall transferred to Louisiana Tech.

As long as the coronavirus doesn’t put a damper on the season, West Virginia is allowing full capacity at its stadium. The home opener is Sept. 11 against Long Island of the Championship Subdivision, followed by a visit from Virginia Tech on Sept. 18. The Big 12 opener is at Oklahoma on Sept. 25.