Looking for 2-0 start, Rutgers opens at home against Wagner 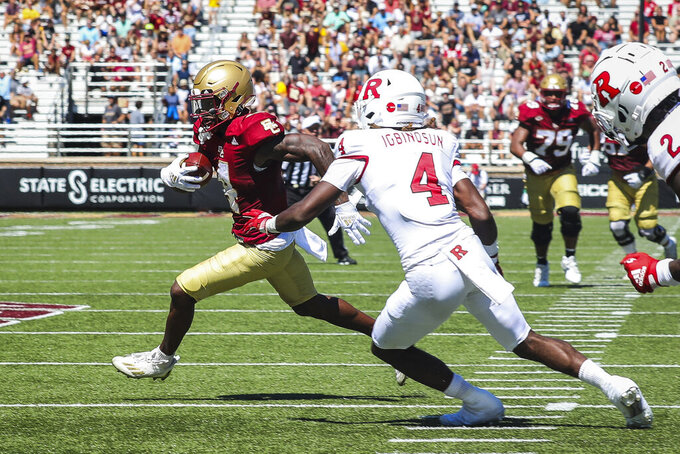 Line: No early line, according to FanDuel Sportsbook.

After beating Boston College on the road, Rutgers can’t afford a letdown that would put an early dent into its bowl hopes. This is a big payday for Wagner of the Football Championship Subdivision. Rutgers is giving the team from Staten Island a $425,000 guarantee. The game also offers Wagner a chance to showcase edge rusher Titus Leo and receiver Naiem Simmons.

Simmons against Rutgers' secondary. He had eight catches for 162 yards yards and a touchdown in a loss to Fordham. Rutgers, which has ranked no higher than 10th in the Big Ten in pass defense since 2018, allowed BC's Zay Flowers to catch 10 balls for 125 yards and two TDs.

Wagner: The 6-foot-4, 245-pound Leo has big-time talent. Leo had nine tackles, including four for losses, and a sack in last week's 48-31 loss to Fordham. He was eighth in the FCS and first in the Northeast Conference last year in tackles for loss with an average of 1.7 per game. He also had seven sacks and led the Seahawks with 71 tackles.

Rutgers: DL Wesley Bailey was very productive in the opener. He recovered a fumble and also had a 1 1/2 sacks.

Tom Masella took over as Wagner's coach after the 2019 season and has yet to win, losing 13 games. The Seahawks, who are playing their first Big Ten opponent, have lost 20 straight overall, last winning against Long Island on Sept. 28, 2019. ... QB Nick Kargman was 13 of 32 for 218 yards, two TDs and two interceptions last week. ... The Scarlet Knights' ran for 212 yards and three touchdowns against Boston College, their most rushing yards in a nonconference game against a Power Five school since 2015 against Kansas. ... Rutgers held BC to 29 yards rushing, the fewest for an opponent since Norfolk State had minus-3 in 2015. ... Greg Schiano probably will alternate quarterbacks Gavin Wimsatt and Evan Simon for the second straight week.