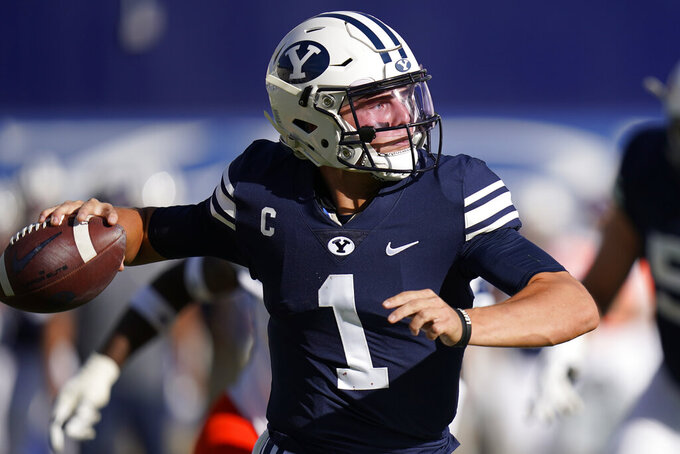 BYU is looking to improve to 5-0 for the first time since 2008, with one of the last chances to pick up a statement win as the team has games against Texas State, Western Kentucky, Boise State, North Alabama and San Diego State remaining. Houston is looking for its first win against a Top 25 opponent since 2017 when it defeated No. 17 South Florida and is seeking its first win against a ranked non-conference opponent at home since it defeated No. 3 Louisville in 2016.

BYU QB Zach Wilson vs. Houston’s secondary. Wilson leads the nation in completion percentage at 81.2%. Wilson has rushed for six touchdowns this season, the most by a quarterback. The junior has thrown for 1,241 yards and eight touchdowns with one interception. But he’s facing an improved Houston secondary, which limited Tulane to 141 yards on 11-of-25 passing.

BYU has only allowed two sacks this season, which is tied for seventh nationally. ... BYU has 13 sacks on defense, which is tied for sixth in the country. ... Houston QB Clayton Tune picked up his third career 300-yard passing game against Tulane, finishing with 319 yards and two touchdowns. ... BYU is ranked fifth nationally in total offense with 556.8 yards per game. ... Houston went 0-6 against Top 25 opponents last season.