No. 17 SMU aims to extend recent dominance of erratic Tulane 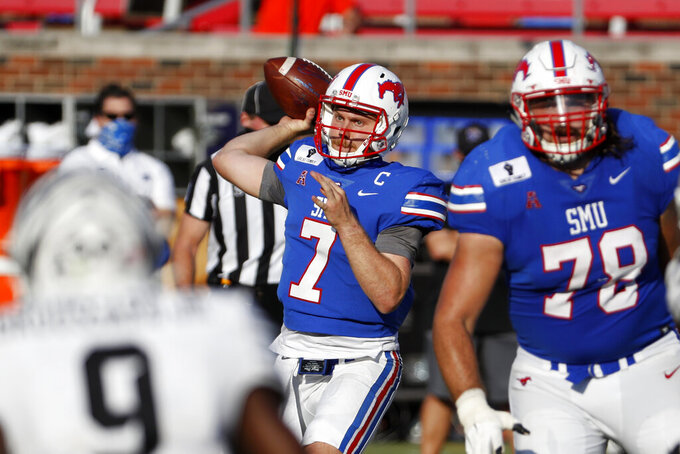 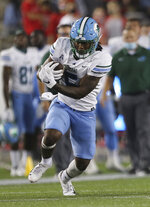 NEW ORLEANS (AP) — The football series between No. 17 SMU and Tulane could not be more evenly matched, with each winning 13 times since they first played in 1943.

Recently, however, not so much.

Third-year head coach Sonny Dykes has SMU off to another hot start to the season after opening the 2019 season 8-0.

A win for SMU would mark the first time since 1983 that the Mustangs have started consecutive seasons 5-0.

“It’s going to be challenging, but we’re in a good position,” Dykes said. “It’s like I’ve said all along really since I got here. Our job is to compete for conference championships. That’s why we’re here. We’re here to win them. We’re here to compete for them year in, year out. I think that’s the standard for our program. It should be the standard for our program.”

Coming off of an off week, Southern Methodist defeated Memphis 30-27 back on Oct. 3 behind a career-high 474 yards passing from quarterback Shane Buechele. But that victory came at a price. Top receiver Reggie Roberson Jr. injured his knee and starting running back TJ McDaniel injured his ankle. This week, Dykes announced that both were lost for the season.

But the fourth-ranked offense in the country still has Buechele, who entered the week ranked second in yards passing with 1,326 and fifth in touchdowns passing with 10.

Tulane is trying to bounce back from a 49-31 loss on the road against Houston. The Green Wave has struggled in league play, having lost seven of its last eight contests.

“We are going to have to play extremely well all four quarters, because everybody in this league is good,” Fritz said.

In five-plus years of football being played at Tulane’s on-campus stadium, Friday night’s match-up against SMU will feature the highest-ranked team ever to take on the Green Wave at home. The Mustangs arrive with a No. 17 ranking.

A Tulane win against SMU would be the Green Wave’s first victory over a ranked opponent since a victory over Vanderbilt 36 years ago in 1984.

When Roberson went down during the win against Memphis, he was having one of the best single-game performances in SMU history. The DeSoto, Texas, native caught five passes for 243 yards and a pair of touchdowns, eclipsing his receiving total for the first three games combined.

SMU's defense produced a season-high four takeaways in the victory over the Tigers. The Mustangs streak for taking the ball away has now stretched to six games. SMU currently ranks seventh nationally in turnovers with nine.

In two of its last three contests, the Green Wave has blown double-digit leads. Last week, Tulane led 24-7 at Houston before being outscored 42-7 the rest of the way. Two weeks earlier at home, the Wave led Navy 24-0, only to allow the Midshipmen to score 27 unanswered in the second half.

Fritz said he'd like to see more consistent execution from his team from start to finish.

“I’ve had people ask me about it, and if I had a god-dang answer, we’d be doing it,” Fritz said. “It’s keeping your focus, keeping your energy high and doing a good job of executing.”