No. 7 USC looks to continue momentum against Fresno State 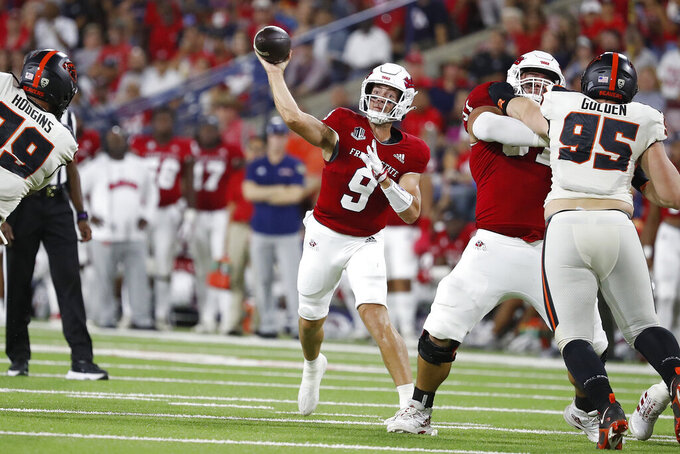 USC is back in the top 10 for the first time since 2017 as it begins a stretch of three home games over the next four weeks. Fresno State faces a Pac-12 team for the second straight week and looks to bounce back from a 35-32 loss to Oregon State where the Beavers scored the game-winning touchdown on the final play of the game.

USC QB Caleb Williams vs. Fresno State defense: Williams is second in the nation in completion percentage (79.6%) and is directing an offense averaging 53.5 points per game. The Bulldogs' defense is giving up 357 yards per game, which is in the middle of the pack nationally.

Fresno State: QB Jake Haener has thrown for at least 295 yards in each of his three games against Pac-12 teams since the start of last season. The Bulldogs are 10-4 when he has a 300-yard game.

USC: WR Jordan Addison leads the team in receptions (12), receiving yards (226) and touchdowns (four). He had three catches of at least 20 yards in last week's win at Stanford.

Fresno State has split its last six games against Pac-12 teams. Its most recent win against the conference was last season at UCLA. ... The Bulldogs last win over a top-10 team came in 2001 against Oregon State. ... WR Nikko Remigio, a transfer from California, has a pair of 100-yard games. ... USC coach Lincoln Riley is 20-1 in September and 42-4 against unranked teams. ... The Trojans' defense has forced eight turnovers, which is fourth nationally. ... All but 40 of the Trojans' 505 offensive yards last week at Stanford came from transfers.