Purdue bounces back with 28-26 victory over Florida Atlantic 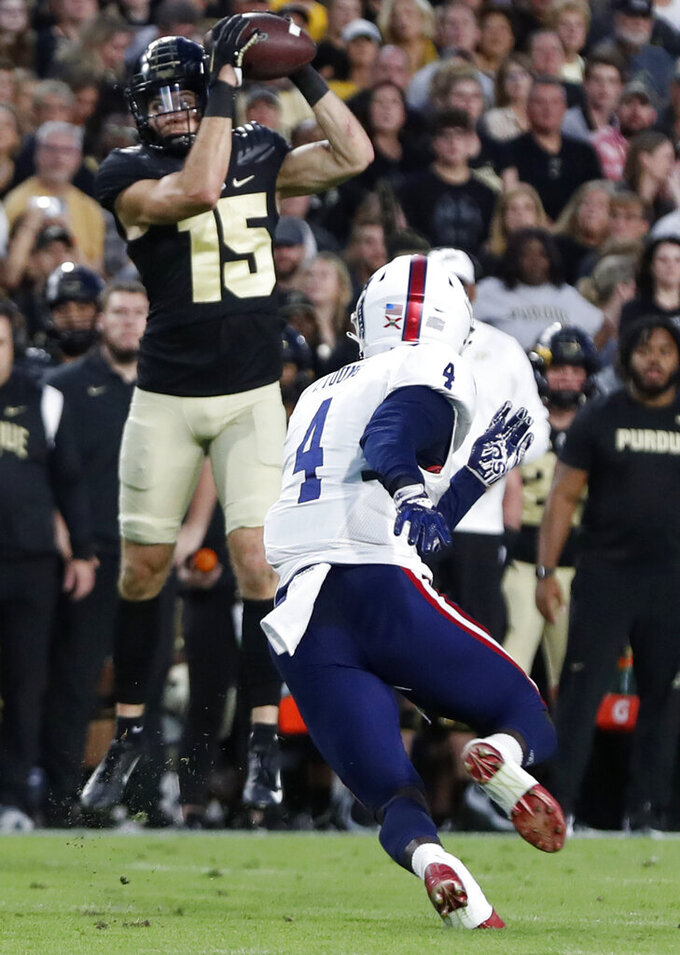 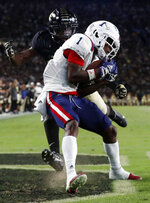 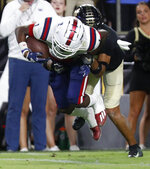 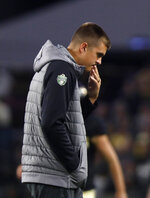 It turned out to be well worth the wait.

With Aidan O'Connell out with an undisclosed injury, Burton stepped in threw three touchdown passes and kept the Boilermakers in control throughout the second half and lead Purdue past Florida Atlantic 28-26 for a badly-needed victory Saturday.

“It was a century ago,” Burton joked when referencing his only other college start at UCLA in 2019. “As you get older, you learn more and you have a more calm feeling so I definitely felt ready to play. You just try to make the most of it and kind of maximize the moment.”

Coach Jeff Brohm said O'Connell was injured early in last week's excruciating loss at Syracuse and was listed as questionable. As the week dragged on, though, Burton said he sensed he would get the start for the Boilermakers (2-2, 0-1 Big Ten).

He was ready — right from the start. He hooked up with Charlie Jones on a 7-yard TD pass on the opening possession and on a 12-yard TD pass with 18 seconds left in the first half to give Purdue a 14-13 lead. They never trailed again.

Burton finished 21 of 29 with 166 yards and one interception while Jones, his roommate, caught nine passes for 59 yards.

“He can throw the football, he can buy some time and he can slither through the hole,” Brohm said of Burton. “We just have to continue to mold this thing and make sure this package fits well.”

But he wasn't perfect on a night Florida Atlantic (2-3, 1-0 Conference USA) nearly ended a 26-game losing streak to Power Five teams. Their only win came against Minnesota in September 2007 and they certainly had chances.

After Purdue took a 21-13 lead in the third quarter, the Owls converted Burton's interception into a 16-yard TD pass from N'Kosi Perry to Lajohntay Wester to make it 21-20.

When Burton answered with a 4-yard TD pass to TJ Sheffield, Perry found Walker for a 5-yard score to make it 28-26. A trick play on the 2-point conversion attempt backfired as Wester's pass was picked off in the end zone by Cam Allen.

Purdue closed it out with a fumble recovery in the final minute.

“Really happy with the way the guys competed in the ballgame," Owls coach Willie Taggart said. “But we made some mistakes that really hurt us.”

Florida Atlantic: The Owls played well Saturday, going toe to toe for four quarters against a bigger, faster, stronger opponent. Taggart and his squad will now focus on the Conference USA title chase and they could be a legitimate contender if they keep playing this way.

Purdue: After giving away two of their first three games in the final minute, the Boilermakers desperately needed a win. They got what they needed — though it was ugly at times. They ran the ball when they had to and pulled it out to give them some momentum heading into Big Ten play.

Taggart was unhappy with two calls but one in particular— an illegal block call that erased a 3-yard TD pass to Je'Quan Burton with 11:32 left in the game and wound up leading to an interception.

“Unfortunately that TD called back was a bad call and the official told me it was a bad call,” Taggart said on his postgame radio show. “That’s disappointing, a missed call. On the road against an opponent like that, we've got to play a clean game all game and we didn’t play clean.”

Florida Atlantic: Perry was 18 of 30 with 230 yards, three touchdowns and one interception. He also had 13 carries for 93 yards. ... Wester finished with nine receptions, 90 yards and was on the receiving end of all three scoring plays.

Purdue: Downing had 15 carries for 113 yards. The Boilermakers ran 36 times for 188 yards. ... Chris Jefferson had his second interception this year.

Florida Atlantic: Takes next week off before visiting North Texas on Oct. 1.

Purdue: Heads to Minnesota next Saturday in a potentially key West Division contest.