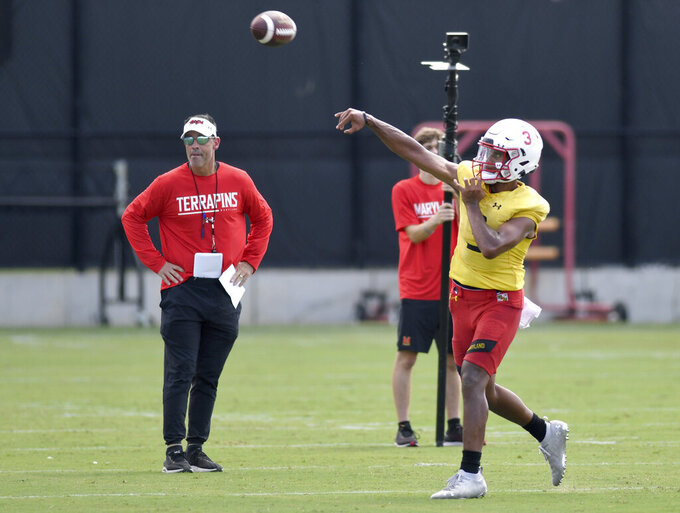 Line: Maryland by 24 1/2, according to FanDuel Sportsbook.

Maryland took a step forward last season, making a bowl game and winning it handily, but there still seemed to be a big gap between the Terrapins and the top teams in the Big Ten. There's not much they can do in this game to prove that's changed, but they're expected to have a dynamic passing game with quarterback Taulia Tagovailoa and several impressive receivers. The opener is a chance to show some signs of improvement defensively. This is Buffalo's only scheduled game against a Power Five opponent. The Bulls did beat a Big Ten team in 2018 when they won at Rutgers.

Tagovailoa against the Buffalo secondary. If the Bulls are going to keep this close, they'll have to contain a Maryland offense that can move the ball quickly. Tagovailoa set single-season school records last year in yards passing (3,860), completions (328) and completion percentage (69.2%).

Buffalo: LB James Patterson, who is from Glendale, Maryland, is on the watch lists for the Bednarik Award, the Butkus Award and the Nagurski Trophy.

Buffalo has played only four games in the state of Maryland, against Towson (1994 and 1986), Frostburg State (1987) and Johns Hopkins (1942). ... Demus has caught a pass in 27 consecutive games in which he has played. ... Buffalo's quarterback has some Big Ten experience. Cole Snyder joined the team in January after transferring from Rutgers. ... Maryland is the only team in the Big Ten returning all five starters on the offensive line. ... Maryland has won 10 straight nonconference openers. ... Patterson is three tackles shy of 300 for his career.