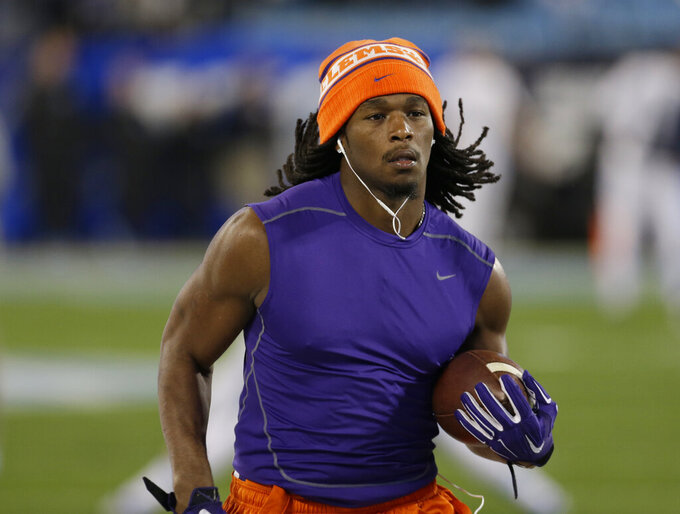 CLEMSON, S.C. (AP) — Former Clemson and East Carolina running back Tyshon Dye drowned Friday after swimming in a lake during a family outing.

Elbert County Corner Chuck Almond told several media outlets Dye was at Richard B. Russell State Park in Georgia when he tired in the water and could not make it to shore. The coroner's office ruled Dye's death accidental.

Dye played at Elbert County Comprehensive High School before coming to Clemson. He was a reserve on the Tigers' 2016 national championship team then transferred to East Carolina for his final college season.

Clemson coach Dabo Swinney said everyone with the Tigers was heartbroken over Dye's death. Swinney called his former player one of the "sweetest souls" he'd ever known and was praying for Dye's family.