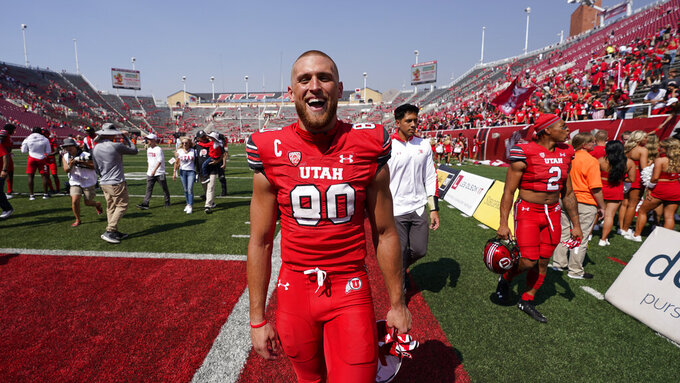 Line: Utah by 20 1/2, according to FanDuel Sportsbook.

The Utes have a chance to win game No. 300 against Mountain West teams by beating the Aztecs. Utah was a member of the league before joining the Pac-12 in 2011. Since that switch, the Utes have gone 28-4 in nonconference games during the regular season. One of those losses was last year to the Aztecs in a three-overtime thriller (33-31). San Diego State lost to Arizona in the opener and bounced back last weekend by beating Idaho State, 38-7. Utah had a similar bounce-back, losing at Florida before routing Southern Utah 73-7 in a home opener. Utah boasts a 79-25 home mark under coach Kyle Whittingham.

Led by defensive tackle Junior Tafuna, the Utes held Southern Utah to just 85 total yards. That’s the sixth-fewest in program history. They also held the Thunderbirds to only four first downs. Tafuna played a big role with three tackles and an interception. The Aztecs enter the game averaging 360 total yards.

SDSU: Wide receiver Jesse Matthews. The former walk-on sits 13th in school history in catches (134) and checks in at 26th in yards receiving (1,643).

Utah: Tight end Dalton Kincaid, who had seven catches for 107 yards and two scores against Southern Utah. Kincaid was nominated for the league’s offensive player of the week honors. He’s just another target at tight end for the Utes, who already have Brant Kuithe.