No. 22 Arizona State faces another big test against Stanford 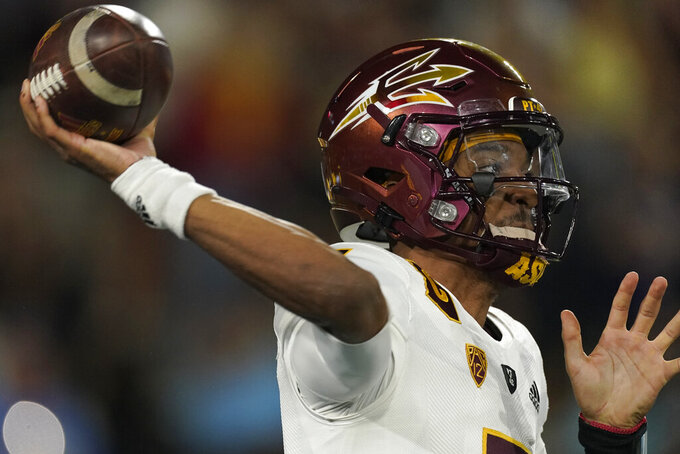 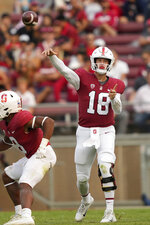 TEMPE, Ariz. (AP) — Arizona State picked up one of its biggest wins under coach Herm Edwards last weekend, knocking off then-No. 20 UCLA on the road.

The Sun Devils only had a short time to savor it. Up next is a physical Stanford team that's coming off a big win of its own.

That's just the nature of football.

“That’s the world that I try to live in, that every game is a big game because it’s the only one you can play, it’s the only one you have an opportunity to win,” Edwards said. "And if you win, it’s important because you know the next week, somebody is going to say, ‘Oh, this is a bigger game.’”

But the same could be said for Stanford's 31-24 win over Oregon.

The Cardinal scored the tying touchdown on an untimed down after a penalty on the Ducks and won it 31-24 in overtime. It was Stanford's second win this season over a ranked team after also beating then-No. 14 Southern California and the fifth over a top-5 opponent under coach David Shaw.

Like Edwards, Shaw had no interest in gloating once it was over, especially with a fourth ranked opponent in five weeks coming up next.

“When I was standing outside waiting for guys to come in, I didn’t see anybody bringing a trophy,” he said. “There’s no trophy for beating Oregon. It was a great effort, big game. They should enjoy it — they accomplished something that’s really great — but in the process of our season, it’s not the be-all and end-all.”

It's not like there was much time to enjoy it anyway. Because the game is Friday night, both teams have one fewer day to get ready for another tough opponent.

“I think our coaches have done a nice job of trying to formulate a game plan with the lack of sleep but that’s what makes it fun, especially when you’re winning because you have a lot more energy,” Edwards said.

Tanner McKee has handled himself nicely since being named Stanford's starting quarterback.

The sophomore has already beaten two top-15 opponents, completed nearly 65% of his passes and thrown for 1,093 yards. He's also one of three FBS quarterbacks with at least 10 TD passes (11) and no interceptions.

“(The) young quarterback really has a nice arm,” Edwards said. “He can really throw the football. He’s got a nice delivery and can touch anywhere on the field with his ability to throw the ball.”

Arizona State is one of the nation's best running teams, averaging 204.6 yards per game. The Sun Devils have rushed for at least 150 yards in eight straight games, their longest streak since 12 in a row in 1975-76

Stanford's defense is among the worst against the run, allowing 212.8 yards per game, 119th in the FBS.

But the Cardinal can't afford to go all out on stopping the run.

Mobile ASU quarterback Jayden Daniels showed he also has a pretty good arm, completing four passes of at least 47 yards against UCLA. He finished with 286 yards passing and two touchdowns.

Stanford will face one of the nation's most experienced secondaries without it top receiver.

Brycen Tremayne suffered what appeared to be a significant leg injury against Oregon. He is second on the team with 20 receptions for 245 yards and five touchdowns.

That means the Cardinal will have to rely more on Elijah Higgins, who has 22 catches for 273 yards, and John Humphreys, who has 13 for 205 yards.