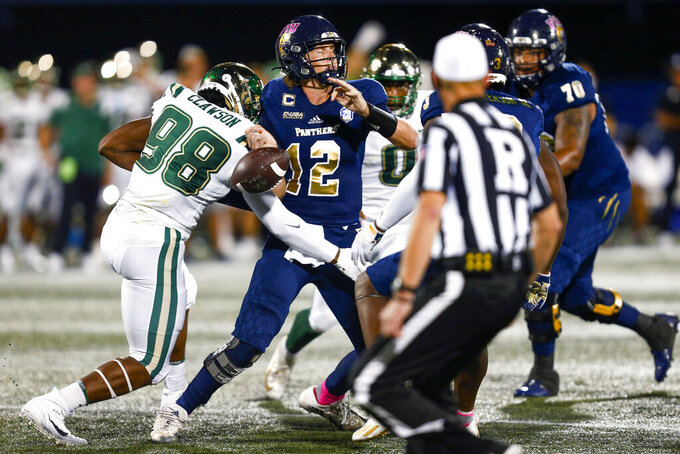 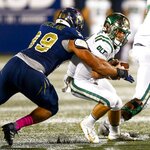 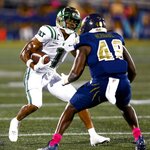 An interception returned 39 yards for a touchdown by Jon Alexander with 5:45 left in the game sealed the win for Charlotte, although FIU scored again on a one-play, 75-yard drive in 10 seconds and then appeared to recover an onside kick before losing it to an illegal touch penalty.

The 49ers (4-2, 2-0 Conference USA) earned their first road win this season and are off to a 2-0 conference start for the first time. Charlotte has its best start to any season at the FBS level.

Charlotte opened the second half with a crisp, three-minute drive ending with a 22-yard scoring pass down the seam from Reynolds to Victor Tucker, extending their lead to 24-6. Reynolds was 4-for-4 passing on the drive, the TD catch was Tucker's 13th.

FIU (1-5, 0-2) responded in two plays, cutting the gap to 24-13 after a 25-yard run up the middle by D'vonte Price and a 50-yard scoring heave from Max Bortenschlager to Kris Mitchell, who caught the ball in stride at about the 6.

Bortenschlager added three more touchdown passes for FIU, connecting with Tyrese Chambers for a 59-yarder that pulled the Panthers into two-score game, 31-20 with 11:10 remaining. Then, after throwing the pick-six, found Chambers again on a 75-yarder.

He found Sterling Palmer from the 8 with 14 seconds left.

Bortenschlager was 19-for-30 passing with career-highs of 466 yards and four touchdowns.

Charlotte's Byrd, a transfer from Iowa, had 196 total yards, including 80 from scrimmage and a 60-yard kickoff return, Charlotte's longest this season, that set up the 49ers first touchdown. Byrd added a 57-yard return late in the first half which led to a Jonathan Cruz 42-yard field goal with three seconds left.