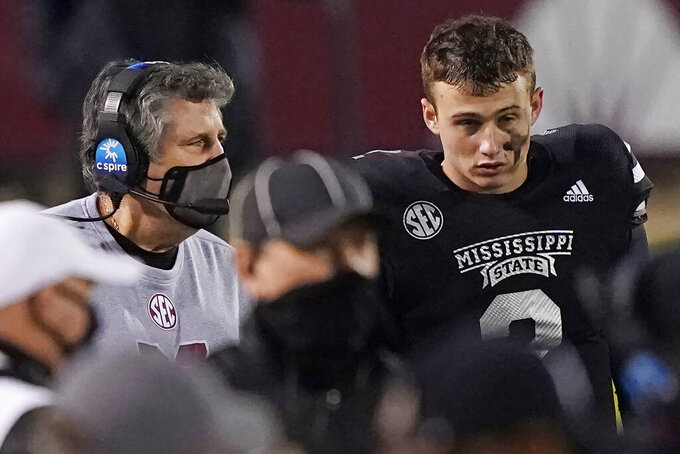 Tulsa is trying to even its all-time bowl record at 11-11 while finishing a season with just two losses for the first time since going 10-2 in 1991 with a 28-17 win over San Diego State in the Freedom Bowl. The Golden Hurricane is coming off a 27-24 loss to undefeated Cincinnati on a field goal on the final play in the American Athletic Conference championship game. Mississippi State seeks to give the SEC a win in the conference's first appearance in the Armed Forces Bowl. It's the first time the Bulldogs have played an AAC team.

Mississippi State freshman QB Will Rogers vs. Tulsa defense. Rogers took over when Stanford graduate transfer A.J. Costello was injured against No. 1 Alabama. Rogers has set a freshman school record in just five starts with 1,828 yards and 220 completions, including a school-record 45 completions in a 31-24 loss to Ole Miss. A Tulsa defense that ranks in the top 30 nationally in several categories will be without AAC defensive player of the year Zaven Collins. The linebacker opted out of the bowl game to declare for the NFL draft. Defensive tackle Jaxon Player was dominant in a win over Navy in the regular-season finale.

Tulsa: QB Zach Smith will wrap up a two-year stint as Tulsa's starter after transferring from Baylor, where coach Philip Montgomery was the offensive coordinator and QBs coach before taking over the Golden Hurricane in 2015. Smith ranks eighth on the school's career passing chart with 4,879 yards to go with 31 TDs in 20 games.