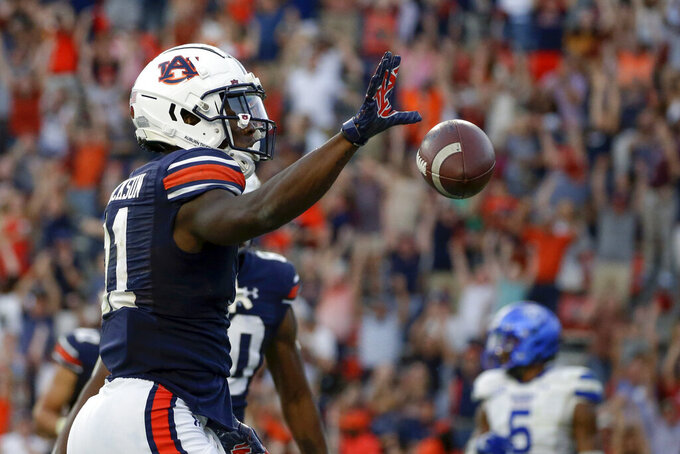 Auburn wide receiver Shedrick Jackson (11) celebrates after he catches a pass for a touchdown over Georgia State cornerback Quavian White (20) to take the lead in the final minute of the second half of an NCAA football game Saturday, Sept. 25, 2021, in Auburn, Ala. Auburn won 34-24. (AP Photo/Butch Dill)

Spokesman Kirk Sampson confirmed the firing Sunday evening, a day after the 22nd-ranked Tigers had to rally in the final minute to beat Georgia State.

Auburn is set to visit Finley's former school on Saturday.

Williams spent the last six years coaching receivers at Troy, where he played from 2006-09.