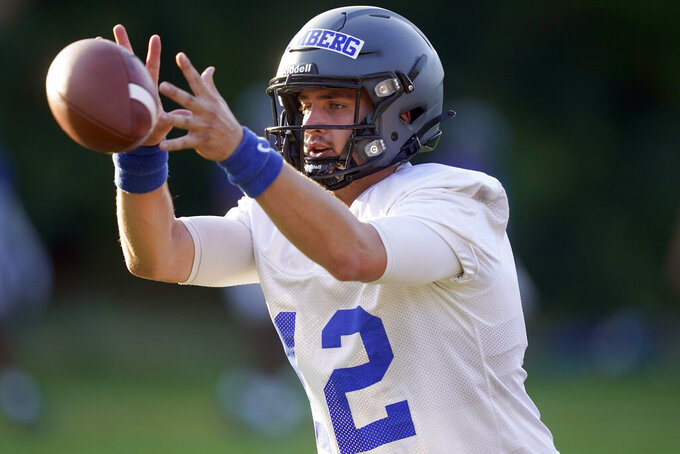 David Cutcliffe never managed to keep Duke’s season from spinning into turnover-filled disarray. He’s not shrugging it off as one bad run, either.

The 14th-year coach is coming off his worst season in Durham. That led him to shuffle coaching responsibilities – including taking play-calling duties off his plate – as part of an offseason overhaul that will include a new starting quarterback.

“I wished I would have put them in a better position to be successful,” Cutcliffe said. “but I think that all that we went through will be a part of who we are the rest of our lives. So I’m not going to blow that season off as a loss. I think we learned a great deal.”

The Blue Devils (2-9, 1-9 Atlantic Coast Conference) had gone to six bowls in seven seasons from 2012-18 before finishing 5-7 in 2019. Last year’s stumble was a big one, with the Blue Devils finishing with a national-worst 39 turnovers – at least 14 more than any other team in the Bowl Subdivision ranks.

Clemson graduate transfer Chase Brice accounted for a national-high 15 interceptions and multiple fumbles. He has transferred to Appalachian State, opening the door for fourth-year graduate Gunnar Holmberg to start.

That's part of significant turnover throughout the lineup, with Duke returning five starters on both offense and defense.

Some other things to know about the Blue Devils for the 2021 season:

Cutcliffe said that adding play-calling duties made his job tougher in terms of managing the entire team.

That led to a shuffle of coaching duties, which includes Jeff Faris moving from coaching tight ends to quarterbacks while taking over as the primary in-game play-caller from the coaches box.

“We’re going to be aggressive,” Faris said. “The nice thing about it, we’re going to put those guys in positions to make plays. And at the quarterback position, we have to know when to take the appropriate shots and when to take care of the football.”

The 6-foot-3, 205-pound Holmberg has had limited college work, leaving Duke as the only ACC school without a returning quarterback with starting experience.

Holmberg has appeared in seven games and missed the 2019 season with a preseason knee injury. He completed 18 of 25 passes for 161 yards with two interceptions behind Brice last year, while his running ability is an asset.

Mataeo Durant is back as Duke’s top rusher after splitting work with Deon Jackson.

The defensive line will be an area to watch.

“We have some guys who have been around here for quite some time,” Albert said. “The fact of the matter is: it is their time now.”

The Blue Devils open at Charlotte on Sept. 3, then return home to host North Carolina A&T, Northwestern and Kansas to close the nonconference slate.

Duke’s first league game comes at 10th-ranked rival North Carolina on Oct. 2. The Blue Devils close the schedule at home with a cross-division game against Louisville (Nov. 18) before facing 14th-ranked Miami (Nov. 27) – with the Hurricanes visiting Durham for the third straight season.