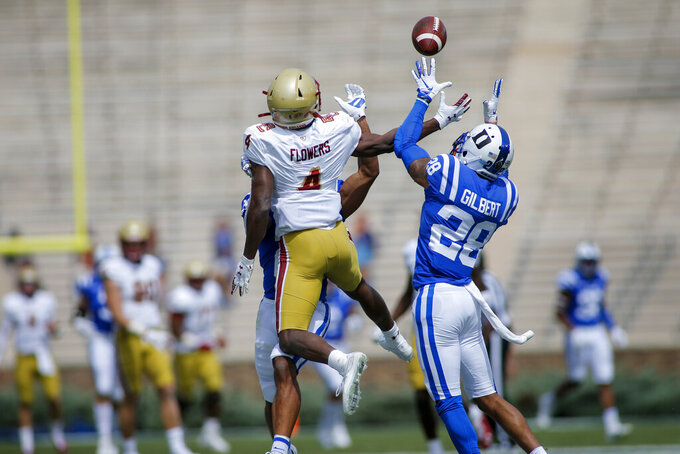 The school announced both injuries Wednesday. Blackwell was injured during Sunday's practice and needed surgery Monday to repair a torn meniscus in his right knee. The redshirt junior also served as the team's primary punt returner.

It is the latest injury concern for the senior, an Associated Press all-Atlantic Coast Conference first-team pick in 2017 who suffered a season-ending hip injury after two games in 2018. He didn't play last season while recovering from that injury.