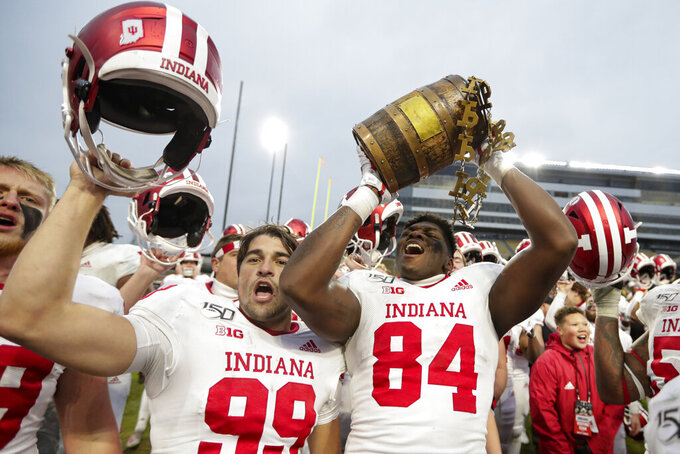 The deal announced Friday runs through the 2026 season and will average $3.9 million per year.

Allen's 18 wins in his first three seasons are a school record. The Hoosiers this year beat rival Purdue to record their first eight-win season since 1993 by bringing the Old Oaken Bucket back to Bloomington for the first time in three years.

Indiana will learn Sunday where it is headed for its first bowl game in three seasons. If the Hoosiers get their first postseason win since 1991, they will tie the school's single-season record for victories (1967).

Athletic director Fred Glass said the first three years of the deal are fully guaranteed while the compensation for the final four years is 50% guaranteed and the deal, which is not yet complete, will include bowl game, championship and buyout provisions consistent with those of other coaches in the conference.

The school also has agreed to add an additional $500,000 for Allen's staff members.

Allen grew up in Indiana as the son of a prominent high school school in the state.

"I am humbled and thankful that President (Michael) McRobbie and Mr. Glass continue to believe in our staff and the winning culture that we are creating," Allen said in a statement. "We have a tremendous group of players, I am proud to be their head coach, and I am 100 percent committed to their success on the field, in the classroom and in life."