Ida fallout: Tulane game vs. No. 2 Sooners moved to Oklahoma 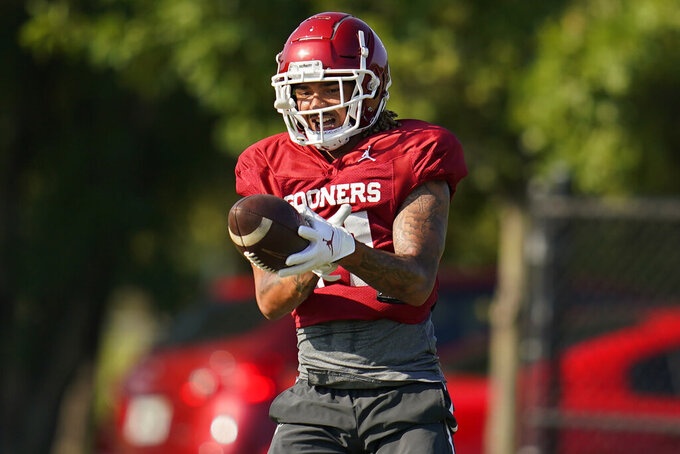 NORMAN, Okla. (AP) — No. 2 Oklahoma and Tulane announced Monday that their season opener this weekend has been moved from New Orleans to Norman, Oklahoma, in the fallout from Hurricane Ida.

The Sooners said conditions in New Orleans were not favorable to host a game this weekend. Tulane will be the designated home team and will retain all net proceeds from ticket sales. Kickoff was still set for 11 a.m. Central on Saturday and the game will be broadcast on ABC.

“In this extraordinarily difficult moment for the people of Louisiana, we want to do our small part by assisting Tulane with the game this weekend,” Oklahoma President Joseph Harroz Jr. said. “While we regret that it’s necessary for us to host it, we will welcome the Tulane family this Saturday with open arms and heavy hearts. We hope this act is one small way that we can help alleviate some of the stress the university is currently enduring.”

Tulane athletic director Troy Dannen said health and safety were the first concerns and moving the game made sense “in light of the catastrophic damage sustained by the city of New Orleans.”

Tulane's athletic department is operating out of Birmingham, Alabama and will be based there until it is safe to return to New Orleans. Dannen said upcoming home football and volleyball games “will be determined in the days ahead.”

The Sooners said due to the short notice and it being a holiday weekend, several game services providers will be unable to assemble a full staff for this game. Only the lower bowl of the stadium will be used for fan seating.

“I wish that we could accommodate a full stadium for this game, but these are challenging circumstances with very little notice,” Sooners athletic director Joe Castiglione said. “WWe have thoroughly assessed the many aspects of hosting a game and there is no question that this is the right course of action.”

The schools will also work together on finding a date in a future season for a game in New Orleans.