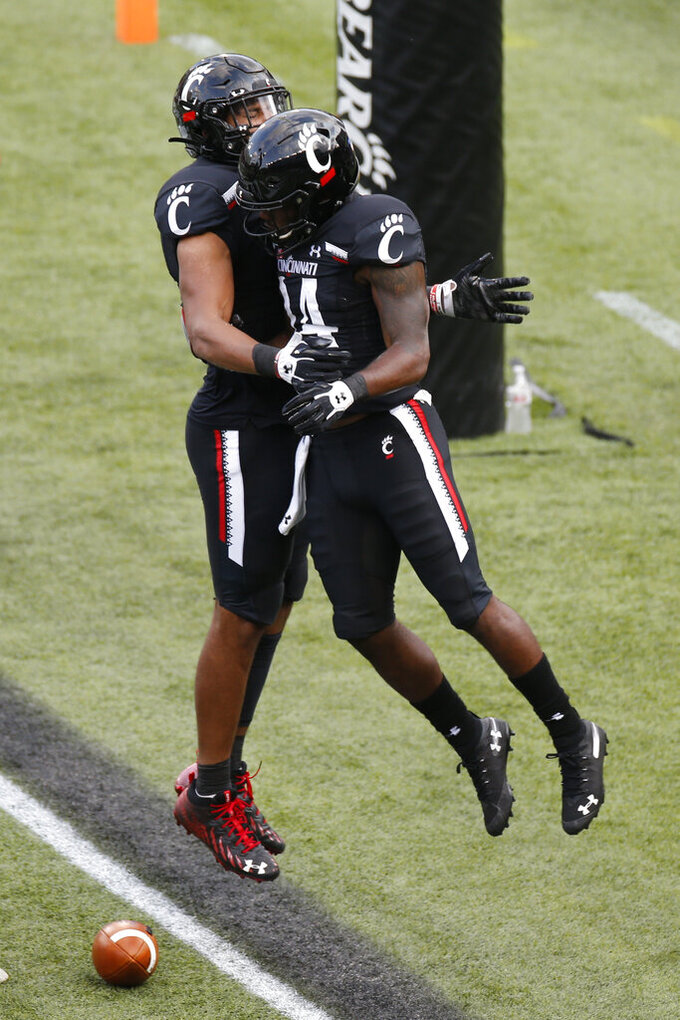 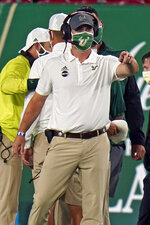 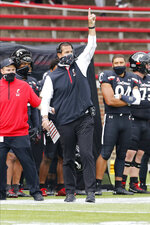 Even though South Florida was routed 52-0 by Notre Dame and then sat for a week due to COVID-19 issues, Cincinnati coach Luke Fickell is wary of the rebuilding Bulls.

South Florida gave the No. 15 Bearcats a rollicking game in each of their last two meetings. The teams face off again in their American Athletic Conference opener Saturday.

“The Notre Dame game is really not a good depiction,” Fickell said.

“I can tell you the three years we've played them, one of them was no contest where they just beat the daylights out of us and the two other were complete dogfights,” he said. “We know they’ve got athletes. They outplayed us last year. We beat them (20-17) — but there's no doubt they outplayed us.”

South Florida's scheduled game against Florida Atlantic last week was postponed because contact tracing was required among the Bulls after an outbreak among Notre Dame players.

The Bulls (1-1) beat The Citadel in their opener but clearly are still trying to find their feet. New coach Jeff Scott, the longtime Clemson assistant, is still auditioning players.

“We haven't had our starting 11 on ether side of the ball yet, and probably won’t this week,” Scott said.

“This is one of the top two teams in our league far and away,” he said of the Bearcats. “This will be a great challenge for us in our first league game."

North Carolina transfer Cade Fortin may be an eventual solution, but he has been listed as “unavailable" for the first two games. Scott has acknowledged the team continues to have players affected by COVID-19.

It wasn't clear when Fortin would be available.

“This is still a game where multiple quarterbacks can and will play,” Scott said.

Senior running back Gerrid Doaks has been a potent weapon for Cincinnati.

Doaks, who rushed for 526 yards and scored six touchdowns last season, has scored five TDs in two games, including three rushing and one receiving in the Bearcats' 55-20 win over Austin Peay in the opener.

His 60-yard TD reception in the victory over Army last week was a career long and Cincinnati's longest play from scrimmage this season.

Scott said having a week off to regroup after being drubbed by Notre Dame was useful, even amid the cloud of pandemic issues.

“It’s not very often that you get an open week after two weeks,” Scott said. “I think for us the silver lining in the postponement was for our staff and players to get a weekend to kind of reevaluate maybe the strengths and weaknesses, things we need to work on after two games."

Still, Bulls defensive back KJ Sails said, having to shift gears midweek when the game was called off was unsettling.

“We were all excited to play last Saturday and not getting the opportunity definitely hit home and hit the heart,” Sails said.

Freeman, his wife Joanna, and their two children have been staying with the head coach, his wife Amy and their six children at the Fickell home. Fickell was asked about it this week.