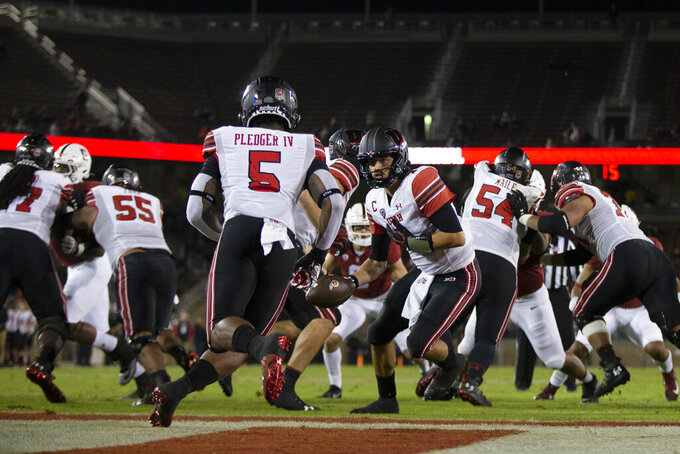 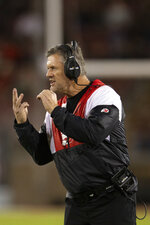 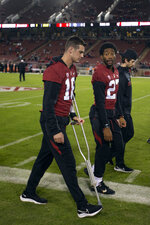 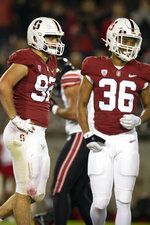 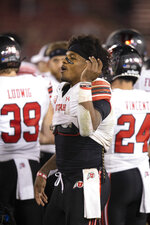 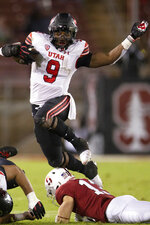 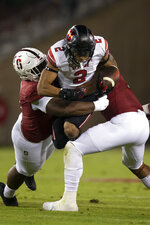 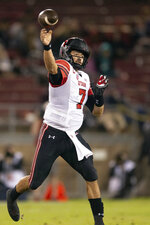 STANFORD, Calif. (AP) — Utah got off to fast start and didn't let up.

Tavion Thomas ran for four TDs in the first half, TJ Pledger scored on a school-record 96-yard run and Utah ran past Stanford 52-7 on Friday night.

The game was a mismatch from the start as the Utes (6-3, 5-1 Pac-12) scored TDs on their first two drives after coach Kyle Whittingham opted to take the ball first and didn't allow the Cardinal (3-6, 2-5) to get a first down until it was 21-0 in the second quarter.

“Coach Whitt has a tremendous amount of confidence in this offense and knows that we like to start fast and like to get going early,” quarterback Cameron Rising said. “The O-line did a great job that first drive and really dominated up front.”

Utah just added on from there, scoring five TDs and one field goal on seven drives in the first half with the only stop coming on a botched snap.

Thomas raced for a 58-yard score on a one-play drive for the of his four TDs, tying the school record he had also matched last week against UCLA.

Pledger then outran the Cardinal defense on the first play of another drive for the longest run ever by the Utes.

Utah outgained Stanford 440-28 in taking a 38-0 halftime lead for the second highest yardage discrepancy in the first half of an FBS game in the past seven seasons, 24 yards shy of Boise State's edge against Connecticut in 2018.

The Cardinal, who were playing without injured starting quarterback Tanner McKee, suffered their most lopsided loss since a 57-7 defeat to Notre Dame in 2003. Stanford has lost four straight games.

“Just a terrible showing top to bottom,” coach David Shaw said. “Obviously we missed some guys who aren't out there. ... That being said, we have 11 out there at a time, strap it up and get out there and play. Defensively we have to have a lot of discussions on how to stop the run. All year it's been close, it's been close. Today wasn't close.”

Thomas led the way for Utah with 177 yards on 20 carries a week after running for 160 yards and four scores against the Bruins.

Micah Bernard added 110 yards on the ground and TD and Pledger finished with 107 as the Utes ran for 441 yards and became the first team with three 100-yard rushers in a Pac-12 game since Arizona did it against Oregon State in 2017.

“I want to see all my brothers eat,” Thomas said. “We all have goals and I want to see those boys do great. I was happy for them.”

Utah: The win puts the Utes in prime position to win the Pac-12 South and earn a trip to the conference title game in Las Vegas on Dec. 3. Utah can clinch the South with wins over division bottom-dwellers Arizona and Colorado even if the Utes lose to Oregon.

Stanford: McKee's absence obviously hampered the Cardinal's offense but this was a complete mismatch on both sides of the ball. Stanford allowed the most yards rushing in 11 seasons under Shaw.

“When you miss tackles, that's why you give up those big, big plays,” Shaw said. “It's inexcusable.”

The defensive play of the game for the Utes came when linebacker Devin Lloyd leaped and intercepted a pass from Jack West at the 2 and fell into the end zone for the score.

“I was kind of shocked obviously,” Lloyd said. “I can't believe it stuck to my hands. It felt really good to get back in the end zone.”