Beamer wants Gamecocks to clean up penalties for ECU trip 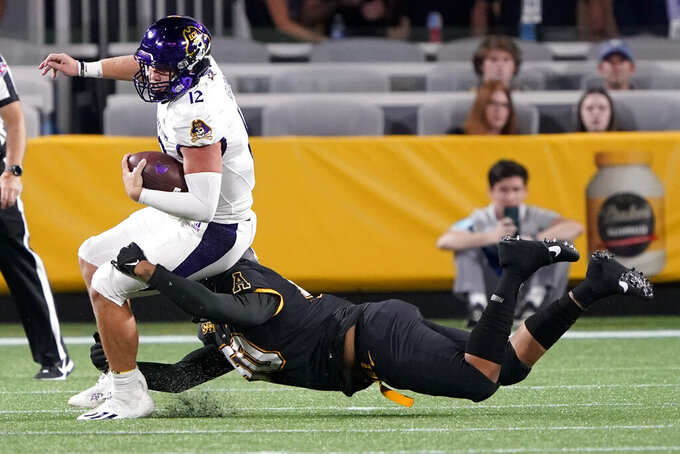 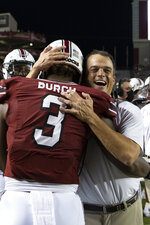 The Gamecocks visit East Carolina on Saturday after committing eight penalties for 61 yards in the 46-0 win against Eastern Illinois. Those penalties bugged Beamer in a performance that otherwise checked all the boxes on their weekly goals, from stopping the run (31 yards) to protecting the football (one turnover).

Beamer said the penalties were “even worse than I thought” after watching game film afterward, even if they offered no stumbling block in Week 1. That included five penalties in the second quarter alone.

“We talked about playing smart football and we didn’t do a great job of that,” Beamer said. “We hit all of our goals that we go into each and every week … except the penalty part of it. So we’ve got to be a lot better there or it’ll cost us on Saturday in Greenville.”

South Carolina (1-0) has won four straight meetings in the series between neighboring-state programs, though this will be the Gamecocks’ first trip to Greenville since 1997.

The Pirates (0-1) lost to Appalachian State in their opener, and penalties were a problem for the American Athletic Conference program, too. East Carolina committed seven penalties for 90 yards, including on that called back a touchdown, while the Holton Ahlers-led offense didn't follow an early touchdown with a second until trailing 33-9.

“I do feel like those issues are fixable and I think most teams have some mistakes there in Game 1, and you see them fixed from Week 1 to Week 2,” ECU coach Mike Houston said. “That’s where you see improvement.”

Some other things to know about Saturday’s South Carolina-ECU game:

Doty said he felt good at practice this week and believes he’ll be 100% this weekend.

Asked what he needed to play, Doty said: “Just feel confident in running again and I definitely feel like I have that confidence back.”

The Gamecocks are also set to have running back Kevin Harris. He missed all of spring camp and most of the summer due to a back surgery after running for 1,138 yards and 15 touchdowns last year as the SEC’s leading rusher (113.8 yards per game).

East Carolina has long been known for having rowdy home crowds for football games. This time, the Pirates will host a Southeastern Conference opponent for the first time since the Gamecocks' last visit in ’97.

“I think it’s something that should be a great home-field advantage and something for them to feed off of,” Houston said.

East Carolina’s last win in the series came in September 1999 on the road.

“In 2018, East Carolina lost the first game of year to North Carolina A&T and the very next week, they beat the Tar Heels by three touchdowns in Greenville,” Beamer said. “So we know what we’re up against. If we don’t, we’ll figure it out pretty quick.”