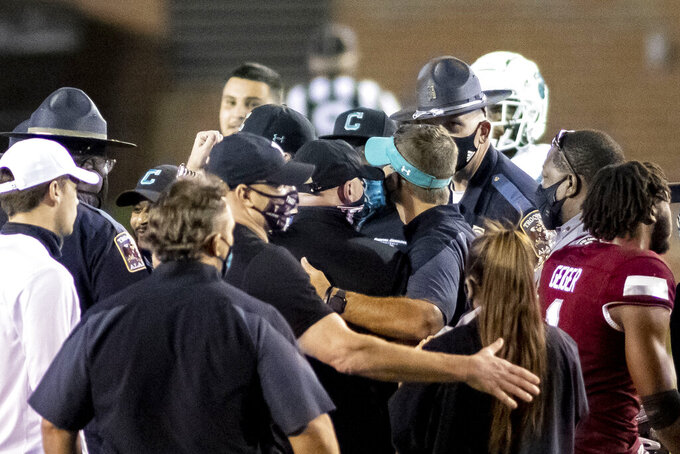 CONWAY, S.C. (AP) — Coastal Carolina has locked up coach Jamey Chadwell for a few more years after he led the school to an undefeated season.

The school announced it has extended Chadwell's contract through 2027, a move to take the 43-year coach off the market for Power Five openings like Auburn. Financial terms of Chadwell’s new agreement were not disclosed.

Coastal Carolina faces No. 17 Louisiana-Lafayette for the Sun Belt Conference championship on Saturday.

Chadwell is in his second full season as Coastal Carolina coach. He served as interim coach in 2017 when Joe Moglia took a leave of absence due to medical issues.