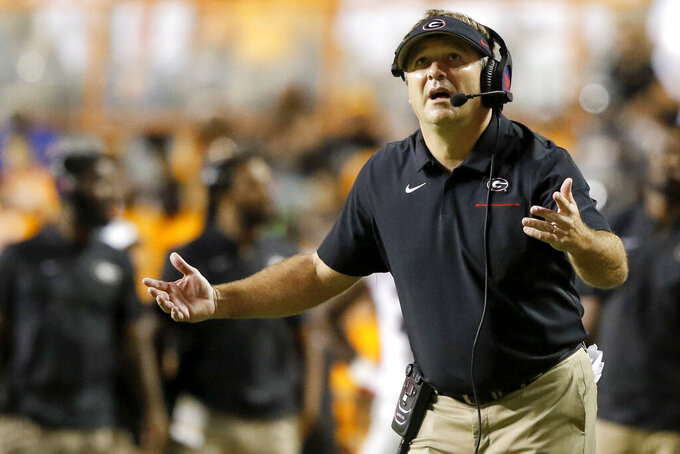 Offensive guard Solomon Kindley, who was in uniform but did not play in last week's 43-14 win at Tennessee due to an ankle injury, was cleared for Monday's practice. Smart said Monday Kindley "should be good" to play against South Carolina.

Nose guard Jordan Davis suffered a sprained ankle on the first series against Tennessee and had to be helped from the field. Smart says Davis also is expected to return this week.

The status of cornerback Tyson Campbell (foot) is less certain. Smart said more will be known about Campbell later in the week.