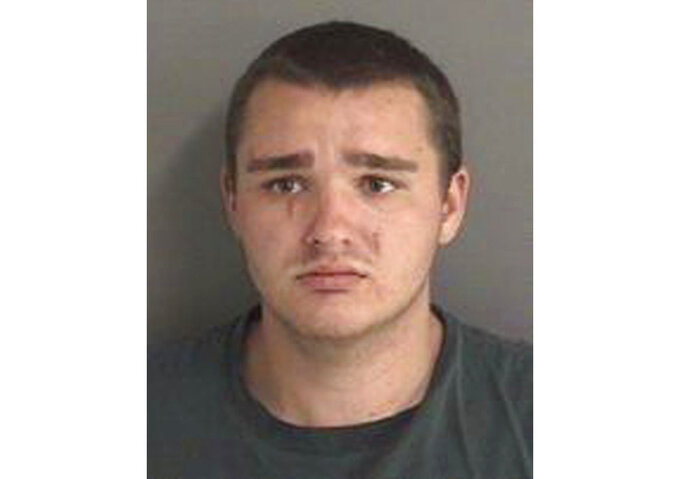 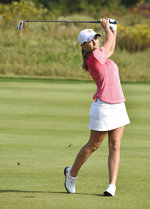 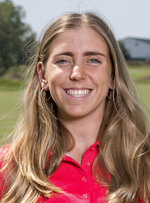 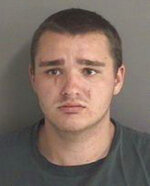 AMES, Iowa (AP) — The Latest on the killing of a champion golfer from Spain whose body was found on a golf course in central Iowa (all times local):

The Spanish golfer was found dead Monday morning in a pond at Coldwater Golf Links in Ames, about 30 miles (50 kilometers) north of Des Moines. Investigators say she was attacked earlier in the day while playing a round alone.

Barquin was Iowa State's 2018 female athlete of the year. A homeless man has been charged in her death .

Football coach Matt Campbell said Tuesday had been a tough day for the community. He called Barquin's death a "cowardly act of violence." He says the helmet decal will feature Barquin's initials and is the least the team can do to honor her.

Quarterback Zeb Noland says the death has hit the university's athletes hard, and that he feels terrible. He says he wishes there was "more we could do to try pull the pain away from the people who truly, truly feel it."

A homeless man charged in Iowa with killing a top amateur golfer from Spain has a history of violence and drug use dating to his teenage years.

Court records show that since 2014, 22-year-old Collin Daniel Richards has been charged with abusing a former girlfriend, using a baseball bat to smash a vehicle window and burglarizing a gas station.

He's now charged with first-degree murder in the death of Celia Barquin Arozamena. He was ordered jailed Tuesday on a $5 million, cash-only bond.

In one case, Richards allegedly threatened to shoot clerks at a convenience store after they caught him shoplifting. In another, Richards admitted he stole a man's pickup truck while high on drugs. In a third, the Iowa State Patrol seized a long knife from him during a traffic stop.

The records also show Richards left prison earlier this year, once lived in a halfway house in Ames, and was arrested in June after being found passed out near a liquor store.

A homeless man charged with killing a top amateur golfer from Spain at a course in central Iowa has been ordered jailed on a $5 million cash-only bond.

The 22-year-old man is charged with first-degree murder in the death of Celia Barquin Arozamena, a student at Iowa State University, whose body was found in a pond at a golf course in Ames on Monday.

A conviction would result in a mandatory sentence of life in prison without parole.

The public defender's office, which has been appointed to represent Richards, says he doesn't have an address or a job.

A preliminary hearing is set for Sept. 28.

A criminal complaint says a top amateur female golfer from Spain died after being repeatedly stabbed by a homeless man at a course near her university campus in Iowa.

Barquin was found dead Monday morning in a pond at Coldwater Golf Links in Ames, about 30 miles (50 kilometers) north of Des Moines. She had stab wounds to her upper torso, head and neck.

The complaint says Richards was living in a tent in a temporary camp near the golf course and that he had allegedly told an acquaintance about his "urge to rape and kill a woman."

Officers say Richards had several scratches on his face and a deep laceration on his left hand. They recovered a knife in his possession.

The women's golf team of Iowa State University has withdrawn from a tournament and returned to Ames following the death of a teammate, a champion player from Spain.

The Cyclones said on Tuesday that they pulled out of the East & West Match Play in Ann Arbor, Michigan, to be with friends and family and to grieve the loss of Celia Barquin Arozamena.

The 22-year-old woman was found dead Monday at Coldwater Golf Links in Ames. Officers determined she was also assaulted.

Twenty-two-year-old Collin Daniel Richards has been charged with first-degree murder.

Barquin was a native of Puente San Miguel, Spain. She won a Big 12 title this past season and played in the U.S. Women's Open in early June, missing the cut.

A former Iowa State University golfer has been found dead at a golf course, and a man has been charged with murder.

Police said in a news release that 22-year-old Celia Barquin Arozamena was found dead Monday at Coldwater Golf Links in Ames and officers determined she had died after being assaulted. They said 22-year-old Collin Daniel Richards has been charged with first-degree murder.

Barquin Arozamena was the 2018 Big 12 champion and Iowa State Female Athlete of the Year. The university says the native of Puente San Miguel, Spain, was finishing her civil engineering degree this semester after exhausting her eligibility at Iowa State in 2017-2018.

Police said officers were called to the golf course around 10:20 a.m. Monday after golfers found a golf bag with no one around it. Officers found a body some distance from the bag.