No. 15 Mississippi aims to rebound against struggling Aggies 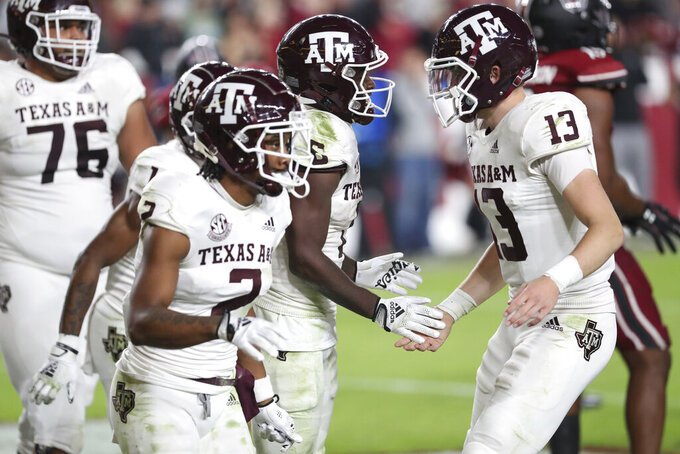 Line: Ole Miss by 1 1/2, according to FanDuel Sportsbook.

Embattled coach Jimbo Fisher and Texas A&M return home for the first time in six weeks hoping to halt a three-game losing streak. A team formerly ranked No. 6 desperately wants to stop the bleeding. The Rebels are coming off their first loss at LSU and facing an uphill battle in the SEC West now. Ole Miss is also trying to shore up its defense. The Aggies have won three of the past four meetings.

The Texas A&M defense against the nation's No. 3 rushing offense, led by freshman Quinshon Judkins. Ole Miss is averaging 252 yards on the ground and leads the nation with 26 rushing touchdowns. The Aggies rank just 102th in stopping the run, allowing an average of 179.3 yards per game. Rebels coach Lane Kiffin has said he plans to limit the designed runs for QB Jaxson Dart and tailbacks Zach Evans and Ulysses Bentley have both been nursing injuries.

Mississippi: Judkins is the nation’s top freshman runner, leading the way in both rushing touchdowns (12) and yards (831). His five games with multiple touchdown runs matches the Ole Miss single-season record despite only starting his first game last week against LSU.