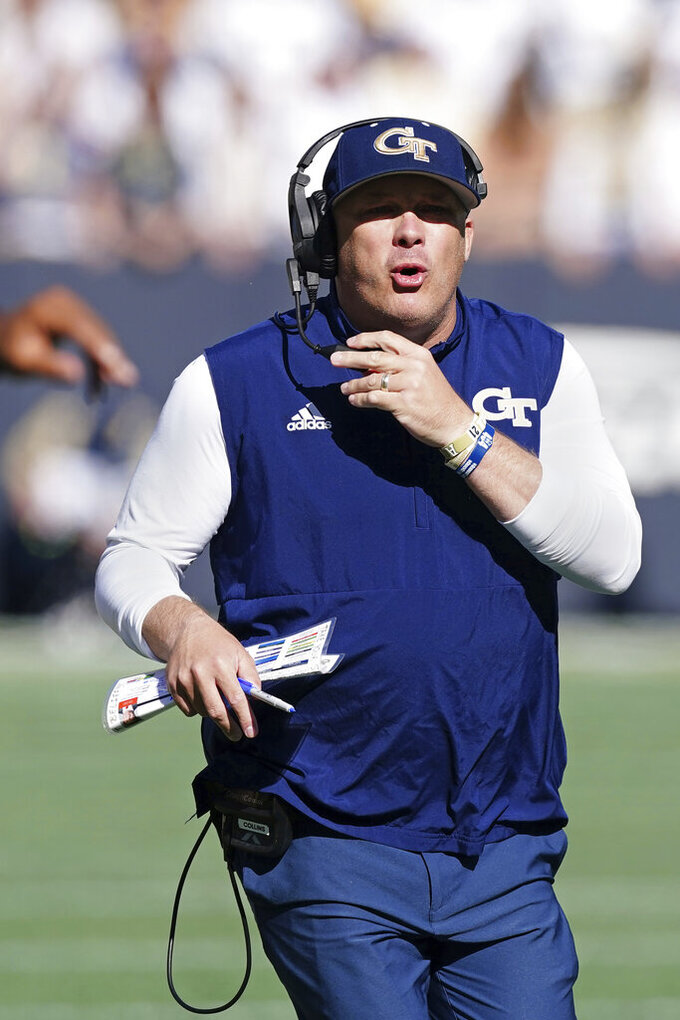 Tillman was a three-year starter at defensive back for Georgia Tech in the 1990s and went on to play seven seasons in the NFL with Buffalo, Carolina and Miami. He appeared in 74 games, with 29 starts, and made four interceptions.

When Tucker moved to Colorado as head coach in 2019, Tillman went with him as a defensive backs coach. He moved with Tucker to Michigan State the following year, serving as a senior defensive assistant in 2020 and cornerbacks coach this season.

Despite giving up more passing yards than any Football Bowl Subdivision team, the Spartans went 10-2 and will meet Pittsburgh in the Peach Bowl.

Collins fired three assistants after a third straight three-win season. He hired Chip Long as the new offensive coordinator and now has brought in Tillman on the defensive side.

Georgia Tech ranked 121st nationally by allowing 273 yards passing per game, along with 28 touchdowns. Michigan State gave up even more passing yards than the Yellow Jackets, ranking last among 130 FBS teams with a 337.7-yard average.