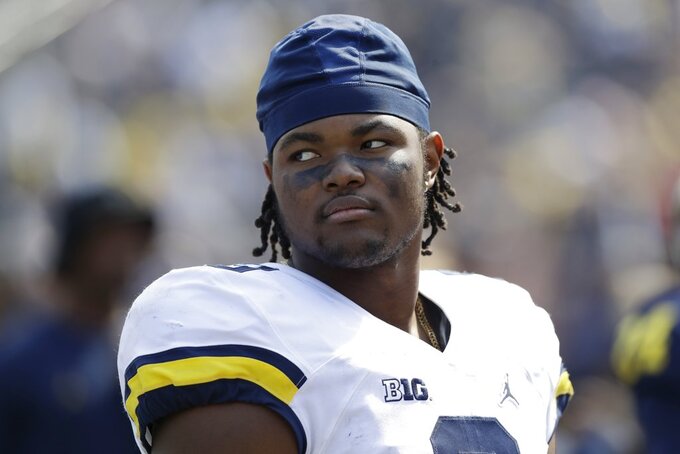 The standout defensive end made the announcement Monday on YouTube.

"I would like to thank my higher power, my family, the University of Michigan and the students and the fans," Gary said. "But I will be foregoing my senior season to make a dream come true to declare for the draft. Thank you and go blue."

It was not immediately clear if the 6-foot-5, 281-pound Gary plans to play for the eighth-ranked Wolverines (10-2) in their bowl game.

Michigan may also lose other players with college eligibility, including junior linebacker Devin Bush and quarterback Shea Patterson, to the draft. Patterson's father said recently he hasn't talked with his son about what he will do, saying it was false to suggest a decision to go pro has been made to avoid being part of a stronger class of quarterback prospects in 2020.

"When Shea does make the decision that is best for him, it won't have anything to do with the competition because he's never been afraid of that," Sean Patterson told The Associated Press last week.

Gary was a second-team preseason All-American and is projected to be a first-round NFL draft pick.

The junior had 44 tackles, including seven for losses, and 3½ sacks this year in nine games. He missed three games this season with a shoulder injury and appeared to be limited in other games because of the injury.

Gary had five tackles in a 62-39 loss to No. 6 Ohio State, a setback that kept Michigan out of the Big Ten championship game and College Football Playoff contention.

He was an All-Big Ten player as a sophomore when he had 66 tackles, including 12 for losses and six sacks. Gary, who is from Plainfield, New Jersey, signed with the Wolverines as the top-rated high school player in the country.