Son of famed Michigan coach says doctor molested him, too 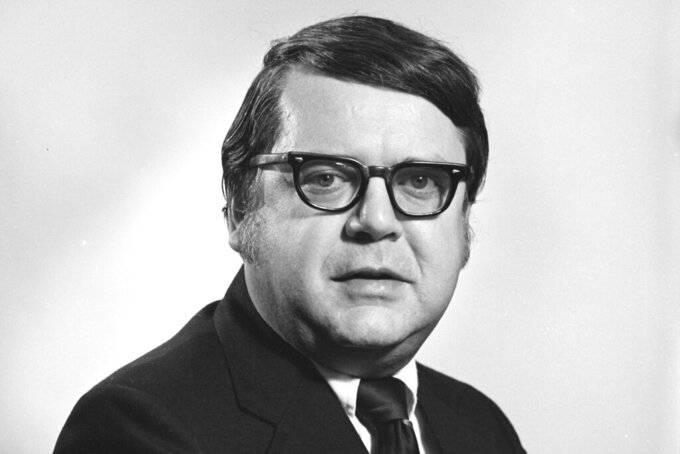 DETROIT (AP) — A son of legendary University of Michigan football coach Bo Schembechler was among the hundreds of men who were sexually assaulted by a campus doctor, and he will speak publicly about the abuse along with two players who also were victims in the 1970s and '80s, lawyers said Wednesday.

Matt Schembechler, Daniel Kwiatkowski and Gilvanni Johnson are expected to discuss the abuse during a news conference Thursday. Their accusations come a month after a report commissioned by the university said Bo Schembechler and other officials were aware of complaints about Dr. Robert Anderson, though he remained at the school for decades.

“Matt Schembechler will set the record straight regarding his own abuse by Dr. Anderson and his father’s failure to protect him and other athletes,” attorney Mick Grewal said in a written statement.

The younger Schembechler talked with a handful of news outlets late Wednesday and said he told his father he had been sexually assaulted by Anderson in 1969 during a physical examination required to play in a youth football league.

He said Schembechler, then in his first year of his iconic run with the Wolverines, became enraged and punched him in the chest.

“That was the first time he closed-fist punched me,” Matt Schembechler told ESPN in describing Schembechler, who adopted him in 1968. “It knocked me all the way across the kitchen.”

He said his mother invited the athletic director at the time, Don Canham, to their home so he could describe the abuse. The younger Schembechler told The Detroit News that Canham fired Anderson “nearly immediately.”

“Bo went to him and said, ‘I need him, he is our team doctor, reinstate him,’ and he did,” the 62-year-old Schembechler told the News. Canham died in 2005, one year before Bo Schembechler. Anderson died in 2008.

Matt Schembechler said his father “was a great coach and made a lot of people happy. He made a ton of money for the University of Michigan filling that stadium up. He provided, for most of those kids that played for him, a great experience.”

“I think he was a horrible human being," he told ESPN.

Kwiatkowski and Johnson spoke to the WilmerHale law firm, which produced the report, but they were not named in it.

The report found that Bo Schembechler, who died in 2006, was told by a player that Anderson had fondled him during an exam and that the coach told the player to “toughen up." That player was Kwiatkowski, an offensive lineman from 1977-79, who was abused four times, attorney Jon Marko said.

Johnson, a receiver from 1982-86, also informed Schembechler after his first physical with Anderson that the doctor had assaulted him, attorney Dennis Mulvihill said.

Schembechler is a revered figure in Ann Arbor, where his statue stands outside a football building named for him. The Wolverines won or shared 13 Big Ten football championships before he stepped down after the 1989 season.

Michigan’s current coach, Jim Harbaugh, who played under Schembechler, backed him up last week in remarks to reporters.

“He never procrastinated on anything,” Harbaugh said. “He took care of it before the sun went down. That’s the Bo Schembechler that I know. There’s nothing that ever was swept under the rug or ignored.”

The number of Anderson's victims could exceed 800, according to court filings. The report detailed many missed opportunities to stop Anderson, who spent 37 years on campus.

“The fact that no one took meaningful action is particularly disturbing in light of the nature, scope, and duration of Dr. Anderson’s misconduct,” the report said.