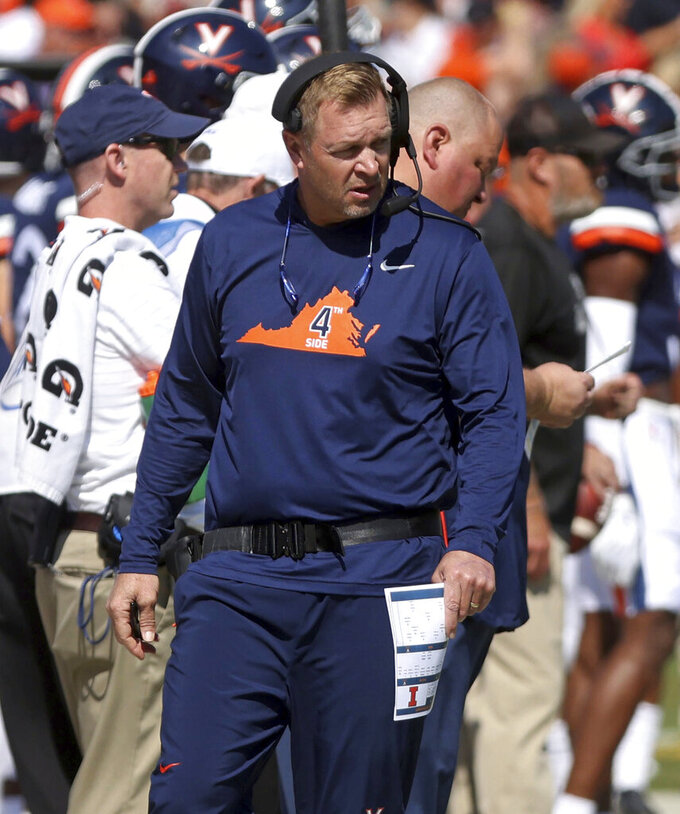 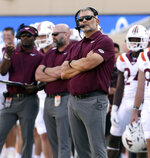 Atlantic Coast Conference teams have some work to do when they step up in competition and play football programs from other Power Five leagues.

Through two weeks of the season, some ACC teams have expectedly dominated lower division programs, but the ACC is just 2-6 against Power Five teams — and Notre Dame. And while three of the losses came against No. 1 Alabama, No. 2 Georgia and the No. 12 Fighting Irish in overtime, the others were against lightly regarded Rutgers, Mississippi and Mississippi State.

The ACC can improve on its .250 winning percentage — and the perception that No. 6 Clemson is its only formidable team — on Saturday when No. 15 Virginia Tech heads to West Virginia, Northwestern out of the Big Ten visits Duke and the Big Ten's Michigan State plays at No. 24 Miami.

“The only thing you hear about the ACC is Clemson. We’ve got to expand on that,” Syracuse defensive end Josh Black said. “The ACC is more than Clemson. We need the ACC to keep winning these games to get our name out there. We’re not some scrub conference. We’re one of the best and we’ve got to make it seem that way.”

One way is to avoid losses to FCS programs like Jacksonville State and Northern Illinois, and have more impressive performances against programs like Appalachian State.

That would be step in the right direction to derail the sixth-ranked Tigers, who have won six consecutive ACC titles — by an average of more than 25 points — and two national championships during their run.

Hokies coach Justin Fuente said his program hopes to make the ACC proud when they visit the Big 12's Mountaineers' Milan Puskar Stadium, one of the loudest in the country.

“We always understand that we are representing our league and we want the other members of the league to do well, obviously when they’re not playing us,” Fuente said. “But, you know, it’s something we’re all conscious of."

The Hokies and Mountaineers are old Big East rivals, having met 52 times, including every season from 1973-2005. But Virginia Tech left for the ACC in 2004 and they have met only once since.

“I think that’s fine for the fans to see the different matchups,” Fuente said. “But there’s certainly a level of conference pride that goes with each trip ... when you’re playing someone from another Power Five."

Down the road in Charlottesville, Virginia, coach Bronco Mendenhall agrees but said conference considerations are not his primary priority for him. The Cavaliers have one of the two victories against Power Five foes so far, 42-14 against Illinois.

“The very first thing is loyalty and care for our own players, our own team and our own program,” he said. “Man, that doesn’t leave much room for much else, but then if you were to say, `Okay, what else?’, certainly the league matters.”

Mendenhall said bowl season used to be the primary time when conferences would herald their success against other leagues. Now, there is more emphasis on early season matchups, adding credibility to rankings produced more on projection that performance.

“I think now that’s becoming a bigger thing that’s tracked and emphasized early on. So I think as coaches, yes, it matters to us," Mendenhall said. “And yes, we’re becoming more and more aware (of) early season games. Not only the postseason games, but every one of us, we just want to help our own team win first and then it goes to the conference, which is really important.”

Virginia did its part against the Fighting Illini, guard Chris Glaser said.

“I think there is a misconception that the ACC is not as good as other -- Big Ten, for instance, SEC,” Glaser said. “So when we have games against them, it's important for us to go out and show that we can beat them and that we’re as good as any other league out there.”

The Hokies, Blue Devils and Hurricanes will try to show that Saturday.