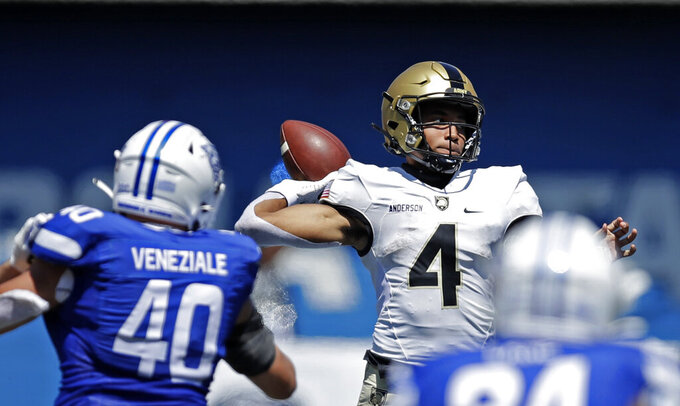 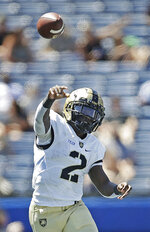 ATLANTA (AP) — Christian Anderson ran for one touchdown, passed for another and Army opened the season with a 43-10 victory over Georgia State on Saturday.

The Black Knights turned two Georgia State turnovers into touchdowns and a 27-7 halftime lead. On its first drive, Georgia State lost a fumble at its 40 which led to Tyson Riley's 4-yard score. Anderson scored on a quarterback draw on the final play of the first half after the Panthers fumbled on their 9. Army scored on four of its five first-half drives.

Army broke the game open to start the second half after Georgia State turned the ball over on downs and Anderson connected on a pass play of 40 yards to Tyrell Robinson.

As usual, the Black Knights stuck to the ground on offense, dominating the time of possession by over 20 minutes but did surprise the Panthers with two wide-open touchdown receptions.

Andre Carter II led a stingy Army defense with three sacks against a Panthers offense that had all 11 starters returning from a team that averaged a school-record 33.3 points per game last season.