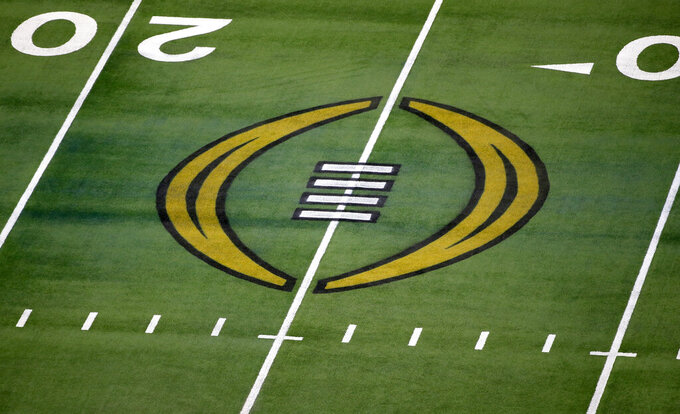 ARLINGTON, Texas (AP) — Big 12 Commissioner Bob Bowlsby says expanding the College Football Playoff as soon as the 2024 season is “in some jeopardy” if an agreement on a new format cannot be reached soon.

Speaking Saturday to reporters before the Big 12 championship game between No. 5 Oklahoma State and No. 9 Baylor, Bowlsby said expansion talks have slowed to the point where the chances of implementing a new format before the current 12-year agreement ends after the 2025 season are waning.

The CFP management committee, comprised of 10 conference commissioners and Notre Dame’s athletic director, met early this week and in Dallas and could still not reach consensus on a a proposal to expand the playoff from four to 12 teams.

“Well, just for purely logistical reasons year 11 (2024) is probably in some jeopardy at this point, just because there’s good and appropriate things you have to do in order to host the games,” Bowlsby said.

Currently, it takes consensus of all 11 members of the management committee to move forward on a playoff proposal that would still need approval from the university presidents and chancellors who oversee the CFP.

Pac-12 Commissioner George Kliavkoff said Friday night before his league's title game in Las Vegas that the group was starting to look beyond the current agreement and at the possibility the next iteration of the playoff would not need approval from the so-called Group of Five conferences.

“I don’t think we need 11 people to say yes to get to a solution that would be good for college football. If we find that solution, then we can focus on whether or not we can also get to that solution for ‘24 and ’25,” Kliavkoff said.

“I think you start by saying, ‘What is the group that needs to agree on a model?’ We can then hopefully invite the rest to join us in. So it’s just a different paradigm about how you think about who gets to make a decision about what the model looks like.”

Bowlsby re-iterated full consensus is needed to expand before the end of the current contract. As for beyond 2025: “There is no next contract.”

If this attempt to expand by 2024 fails, Bowlsby said the group could start from scratch on a new model — but not necessarily.

“I suspect that a lot of the work that the working group did will be a basis for that, because we did a fairly thorough vetting on virtually any model you can name. And so it’s likely to be the underpinning of it — but you never know,” he said.

One of the issues that has become a stumbling block to expansion is which conferences are guaranteed automatic access for their champions.

Big Ten Commissioner Kevin Warren was the first commissioner to come out publicly in support for guaranteeing access for all Power Five conference champions and just the highest-ranked champion from the five other conferences.

“So I’m a big believer in the automatic qualifier for the Big Ten conference and the other Power Five conferences," Warren told SiriusXM this week.

Earlier in the week, Sankey said he still favors the six-best-champions model the subgroup proposed. Bowlsby on Saturday laid out one of the reasons the group avoided automatic access for just the Power Five.

“We found out the extent to which we anoint ourselves in the privileges, including automatic access, is usually the extent to which we get called before Congress or we get challenged legally," Bowlsby said. "There are good reasons why we proposed six highest-ranked conference champions and those reasons haven't changed.”