Florida State looks to climb back to respectability in ACC 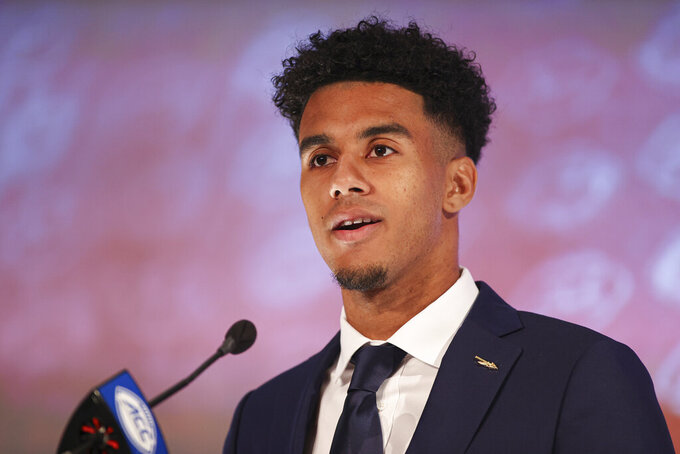 TALLAHASSEE, Fla. (AP) — Mike Norvell grew up following Florida State in the 1990s during the dynasty days when the Seminoles won a pair of national titles under Bobby Bowden.

Norvell suffered through first-year growing pains that many new coaches faced in 2020, impacted not just by COVID-19 but lost time with his team.

Still, Norvell’s energy can’t be denied, and he often speaks of “the climb.” He views a 3-6 record and the difficulties of 2020 — on and off the field — as lessons for the Seminoles as they attempt to climb the ladder in the Atlantic Coast Conference.

“There’s been a lot of change at Florida State over the last few years,” Norvell said. “To be able to be with my players, with our coaches, it provided an opportunity through each challenge to be an example of how you respond.”

Norvell can point to a few bright spots, notably a victory over North Carolina in October as well as a rout of Duke to finish the regular season. But the Seminoles were wildly inconsistent and dropped five ACC games by double figures, including a 42-point defeat at Miami that Norvell missed after he tested positive for the coronavirus. Florida State also had three ACC games canceled.

“There were things we had to adapt, adjust,” Norvell said. “We were able to do it together. I believe that really helped set the foundation and build the trust throughout our team of who we are, what we’re aspiring to do, where we’re aspiring to go.”

Milton and Jordan Travis are the top contenders in the quarterback battle, while it’s likely the Seminoles could start a number of transfers to fill the gaps.

Florida State allowed 29 sacks in nine games, forcing Travis to constantly throw on the run. The Seminoles landed Gibbons, who will likely line up at one of the guard spots. Devontay Love-Taylor started at guard and tackle in 2020 and may again play at both spots. The coaching staff is high on tackle Robert Scott, who started seven games as a true freshman, as well as center Maurice Smith.

With those concerns in pass protection, Florida State will need to a solid ground game. The Seminoles took a step forward last fall, averaging 199.9 rushing yards per game as Travis’ mobility helped keep defenses off balance. Jashaun Corbin is a physical runner who is healthy again after suffering a torn hamstring in 2019 when he was at Texas A&M. Corbin’s toughness and the elusiveness of Lawrance Toafili give the Seminoles options to build drives.

Florida State could feature a 4-2-5 base defense that uses all that transfer talent Norvell has accumulated the last two offseasons. Meiko Dotson had nine interceptions at Florida Atlantic in 2019 and could start at one corner, while McClellion is an option at safety and Robinson could play safety or nickel. Cornerbacks Travis Jay and Jarvis Brownlee are part of the defensive foundation.

Florida State has made strides on special teams. Alex Mastromanno averaged 43.5 yards per punt, impressive for a true freshman from Australia who was just getting acclimated to American football. Ryan Fitzgerald and Parker Grothaus have been accurate in camp on field-goal attempts.

Florida State will play five teams that are ranked in the AP Top 25’s preseason top 15, beginning with No. 9 Notre Dame on Sept. 5 in Tallahassee. The Seminoles will also play No. 3 Clemson, No. 10 North Carolina and No. 13 Florida on the road as well as a home game with No. 14 Miami. Florida State does play four of its first five games at home with a chance to build some momentum with its first three ACC games (Wake Forest, Louisville and Syracuse).