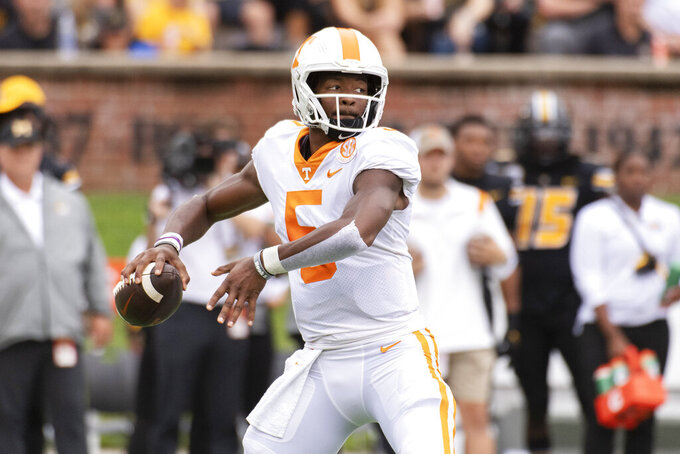 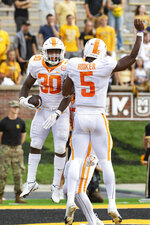 Hooker's performance in a rout of Missouri last weekend was enough for Heupel to finally be named the starter Monday before the Vols host South Carolina on Saturday. Hooker's ball security helped sway his head coach. He has thrown eight TD passes with no interceptions since taking over as the starter Sept. 18.

“As much as anything, it's great comfort and understanding what we're doing, the tempo,” Heupel said.

“He's really in control of what's going on at the line of scrimmage. He's been really decisive with the football. That comes from him having his eyes in the right place.”

In the 62-24 rout of Missouri, Hooker completed 15 of 19 passes for 225 yards and three touchdowns. He also ran 15 times for 80 yards and a TD as the Tennessee offense looked the closest yet to the fast-paced attack Heupel wants. Tennessee has averaged 44 points and 507.7 yards a game with Hooker starting.

“He was extremely accurate the other day,” Heupel said. “... Seeing things clearly allows you to get your body in the right spot.”

He played well in the second half of the Pitt loss. He followed that up with a win over Tennessee Tech throwing for 199 yards and three TDs while running for another. Against Florida, he threw for 221 yards and two TDs. Hooker has 206 rushing yards and two touchdowns this season.

Milton was named the starter after preseason camp, but he was hurt in the loss to Pittsburgh. Combined with Milton overthrowing some open receivers deep gave Hooker his opportunity.