No. 3 Ohio St tries to avoid a letdown against Arkansas St 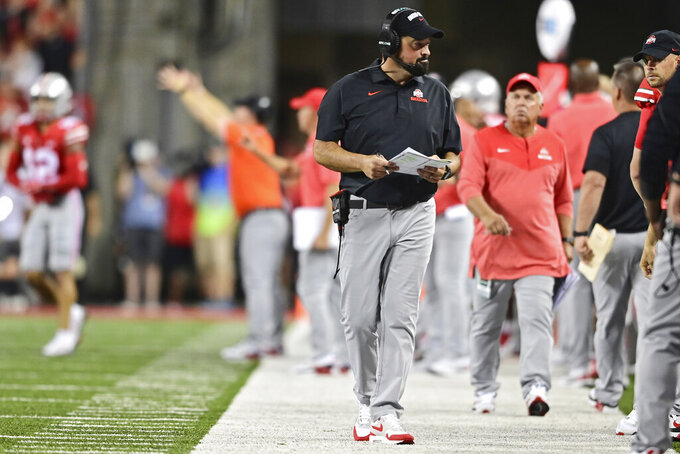 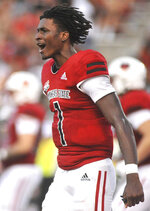 Line: Ohio State by 44 1/2, according to FanDuel Sportsbook.

Coming off an emotional, come-from-behind win over another top 5 team, the Buckeyes will have to figure out how to get excited to play a six-touchdown underdog. Instead of opening against an over-matched opponent last week, Ohio State had to grind out a 24-10 nail-biter against Notre Dame. Arkansas State, from the Sunbelt Conference, is feeling good after swamping Grambling State 58-3 in the opener. Expect Buckeyes coach Ryan Day to start emptying the bench around halftime. Second-year Arkansas State coach Butch Jones has been around big-time college football for years. He previously held head coaching jobs at Central Michigan, Cincinnati and Tennessee, and worked under Nick Saban at Alabama in 2018-20.

Arkansas State: Sixth-year QB James Blackman threw two touchdown passes and ran for two scores in the season opener. He threw for 210 yards on 15-of-20 passing.

Ohio State: QB C.J. Stroud. The Heisman Trophy favorite put up some modest numbers — for him — against Notre Dame, throwing for 223 yards and a pair of touchdowns. He'll likely have a chance to pump those numbers up some against the Red Wolves.

Ohio State WR Jaxon Smith-Njigba is questionable after suffering a leg injury early in the Notre Dame game. ... Arkansas State has lost its nine previous meetings against Big Ten teams. The last one was a 43-36 setback at Nebraska in 2017. ... Ohio State is playing a Sun Belt team for just the fourth time, previously beating Marshall twice and Troy. ... Buckeyes WR Emeka Egbuka started for the first time and led the team with nine catches for 90 yards and a touchdown. ... Red Wolves TE Seydou Traore was a standout soccer player from the UK who came to America hoping to earn a Division I football scholarship, even though he had never played 11-on-11 football. He caught his first career touchdown pass last week.