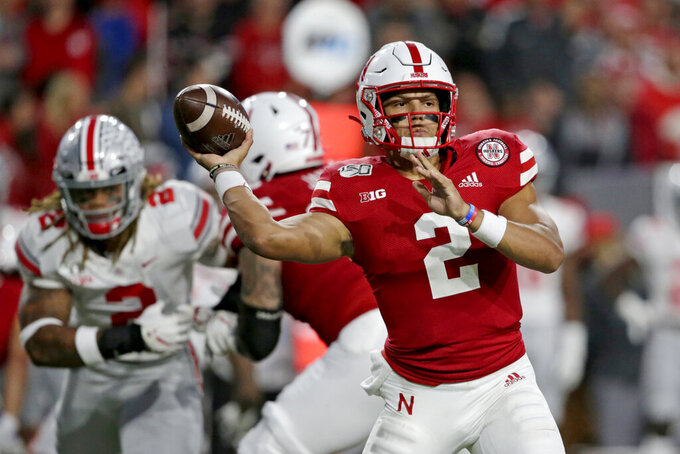 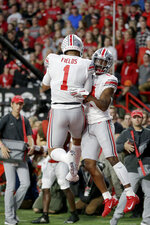 LINCOLN, Neb. (AP) — Ohio State was supposed to get its first big test of the season at Nebraska. It hardly turned out that way.

Justin Fields threw for three touchdowns and ran for another, Nebraska quarterback Adrian Martinez was intercepted on three of the Cornhuskers' first four series, and the No. 5 Buckeyes turned in their most impressive performance of the season in a 48-7 victory Saturday night.

Ohio State (5-0, 2-0 Big Ten) scored on its first six possessions and led 38-0 after a dizzying first half. By the time Nebraska finally scored, the Buckeyes had rolled off 124 straight points since trailing Miami (Ohio) 5-0 last week.

"I think we're very confident right now," Fields said. "We came into Lincoln — the crowd is amazing here — and it was loud at the beginning. We handled it well, jumped on them early and didn't let up."

Nebraska (3-2, 1-1) didn't go over 100 yards of total offense until late in the third quarter, just before its only TD, and it was obvious early that second-year coach Scott Frost's program is still a ways from returning to national prominence.

"We're all disappointed," Frost said. "I thought we had a puncher's chance if we came out and played a really good game, and we didn't, so that's the end result. I told the team we can't doubt for a second where this is going, what we're doing to get it there, the improvement we've made. I want the guys to go to bed tonight and put this behind them."

The Buckeyes had come to Lincoln off four straight lopsided wins but the question remained: just how good are they?

Based on this performance, they're really good.

"We talked about what it would take to win this game on the road," Buckeyes coach Ryan Day said, "and we hit on all cylinders. We assumed it would be hard. We've been preparing for this game for a while. Any time you have to go on the road and win a night game, we know that's not easy in this league."

J.K. Dobbins ran for 177 yards and a TD on 24 carries and became the 11th player in Ohio State history to surpass 3,000 career rushing yards. He's gone over 100 yards against Nebraska three straight years.

The Buckeyes scored on their first eight full drives — one ended as time ran out in the half — and didn't punt for the first time until early in the fourth quarter.

"I felt calm and confident coming into the game," Fields said. "I think that goes with preparation. You prepare hard, you have nothing to worry about in the game."

Jeff Okudah had interceptions on two of Nebraska's first three series. He made a diving pick to set up Fields' 15-yard run up the middle for the Buckeyes' first touchdown. Okudah was on his back at his own 4 when he snagged a ball tipped by Wan'Dale Robinson, and that led to the first of Blake Haubeil's two field goals.

Jordan Fuller intercepted Martinez's pass at midfield, Fields broke a 41-yard run and then handed off to Major Teague for the first of his two TDs and a 24-0 lead.

Nebraska, as an unranked team, hasn't beaten a top-five team since Alabama in 1977 and has lost nine straight against Top 25 opponents.

"This is just us trying to improve every week and get better," Day said. "This was a major challenge for us. This doesn't mean anything if we don't keep it going."

Ohio State: The Buckeyes are the complete package with Fields at the controls, one of their most powerful offensive lines in years and a defense that once again appears well stocked with NFL prospects.

Nebraska: This one is going to sting. The Huskers hosted the ESPN "College GameDay" crew in the morning and were humbled in the top game on the weekend schedule.

Ohio State has outscored its opponents 173-22 in the first half, topped 500 yards for the fourth consecutive game and has allowed fewer than 300 yards of total offense in each of its first five games.

Frost went old school with his play-calling on a series in the first half, having Dedrick Mills line up at fullback in the I formation and having Martinez go under center to take the snap. Mills had a pair of 12-yard runs on trap plays, but the possession ended with another interception.