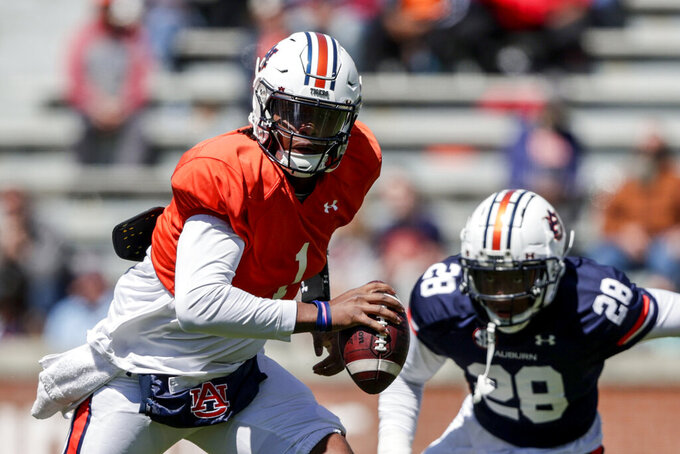 Finley started Auburn's last three games after Bo Nix went down with a season-ending ankle injury. The Tigers lost all three to finish on a five-game slide but did take eventual national runner-up Alabama to overtime.

Finley, who led a 98-yard, winning drive against Georgia State, completed 70 of 128 passes for 827 yards with six touchdowns last season. He was intercepted just once.

Finley turned himself in to police with fall camp about to start on a misdemeanor warrant for attempting to elude a police officer.