Baylor QB Brewer out of Big 12 championship after big hit 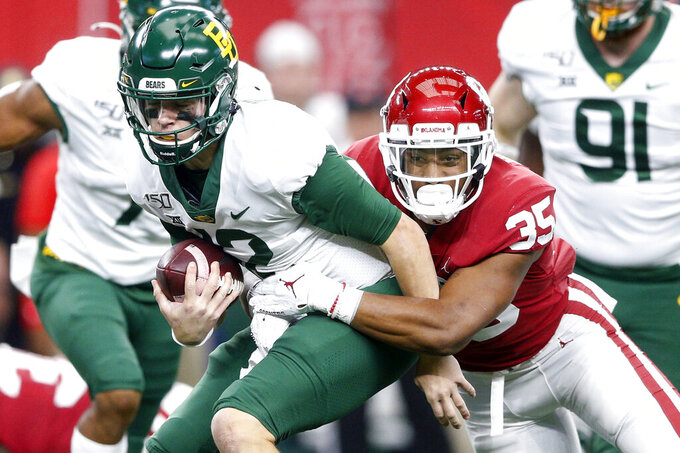 ARLINGTON, Texas (AP) — Baylor quarterback Charlie Brewer was taken out of the Big 12 championship game Saturday not long after he bulled over an Oklahoma defender. He was ruled out for the second half.

At the end of the 7-yard run early in the second quarter, Brewer put his shoulder down and knocked nickel back Brendan Radley-Hiles to the ground.

The referee announced Radley-Hiles was being removed from the game for a potential head injury.

Brewer finished that series and played one more after that when the Bears got a field goal to pull within 10-3.

Baylor coach Matt Rhule said at halftime that Brewer wouldn't play the rest of the game. He didn't elaborate.

Gerry Bohanon took over at quarterback for the Bears on the next series He threw a 33-yard touchdown pass and had another long completion to set up a late field goal that gave Baylor a 13-10 halftime lead. .