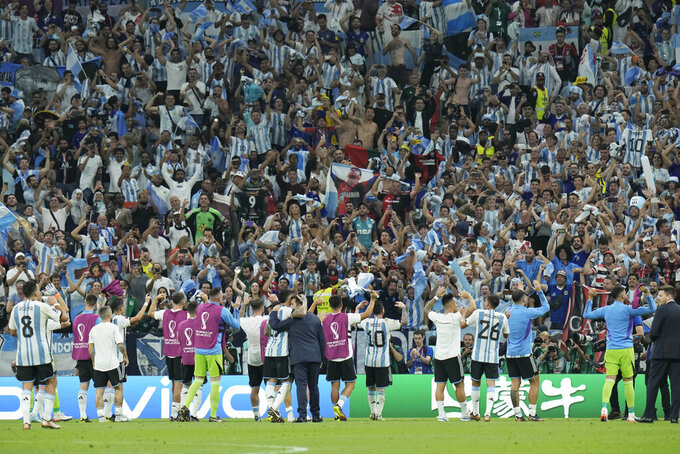 LUSAIL, Qatar (AP) — Lionel Messi played in front of 88,966 spectators on Saturday when Argentina beat Mexico 2-0, the largest attendance at a World Cup match in 28 years.

The Lusail Stadium north of Doha, which will stage the final on Dec. 18, hosted the most people at the World Cup since the 1994 final in the United States, according to FIFA. There were 91,194 people at the Rose Bowl in Pasadena, California, to see Brazil beat Italy in that penalty shootout after a 0-0 draw.

Saturday’s attendance was several hundred more than the figure for the two previous games at Lusail Stadium, when Brazil beat Serbia and Argentina lost to Saudi Arabia.

Qatar's attendance figures do not rank in the top 30 of all-time World Cup matches. The largest crowd was 173,850 inside the Maracanã Stadium in Rio de Janeiro in 1950 for Uruguay's 2-1 victory over host Brazil in the final game of that tournament.

Other stadiums figuring in the top-30 list are the Azteca Stadium in Mexico City, Wembley Stadium in London and the Camp Nou in Barcelona.