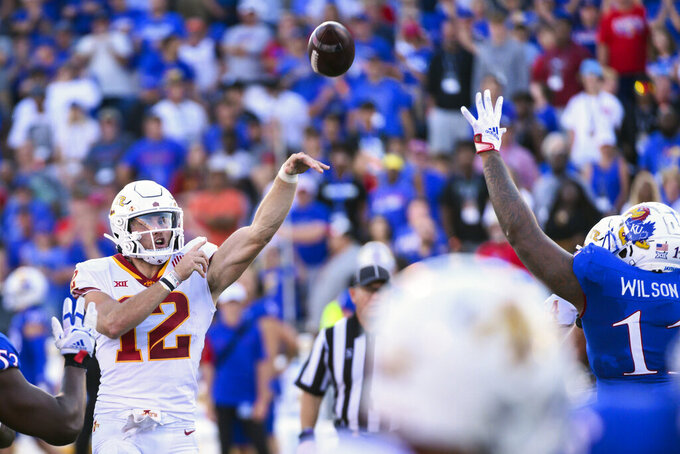 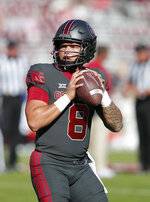 Line: Oklahoma by 1 1/2, according to FanDuel Sportsbook.

No one would have imagined these teams would be a combined 1-7 in Big 12 play when they meet. The Sooners are looking to establish momentum after ending their first three-game losing streak since 1998 with a 52-42 home win over Kansas. Iowa State is looking for something positive after losing its four Big 12 games by a combined 14 points.

Oklahoma QB Dillon Gabriel vs. Iowa State secondary. Gabriel is the Big 12's second-leading passer with 13 touchdowns against one interception and appears fully recovered from the concussion that kept him out of the loss to Texas. He threw for a season-high 403 yards against Kansas. The Cyclones are allowing fewer than 200 yards per game through the air but have not faced a passer the caliber of Gabriel.

Oklahoma: RB Eric Gray leads the nation with his 7.2 yards per carry and is fourth in the Big 12 at 99.3 per game. He's coming off a 176-yard game against Kansas.

Iowa State: QB Hunter Dekkers looks ready to match fellow left-hander Gabriel if this turns into a scoring contest. Dekkers threw for a career-high 329 yards against Texas and is completing nearly 68% of his passes for the season.

Each of the last three meetings have been decided by seven points or less, with Oklahoma winning two. ... This marks the first time since 1999 that OU won't be ranked when playing Iowa State. ... OU has scored at least 30 points in 37 of its last 39 true road games. ... The ISU defense is allowing 4.9 points and 115.4 yards in second halves. ... Cyclones and 2004 Purdue are the only teams since 1980 to have four straight conference losses by a combined 14 points or less.