Florida looks to close out home slate with win vs Gamecocks 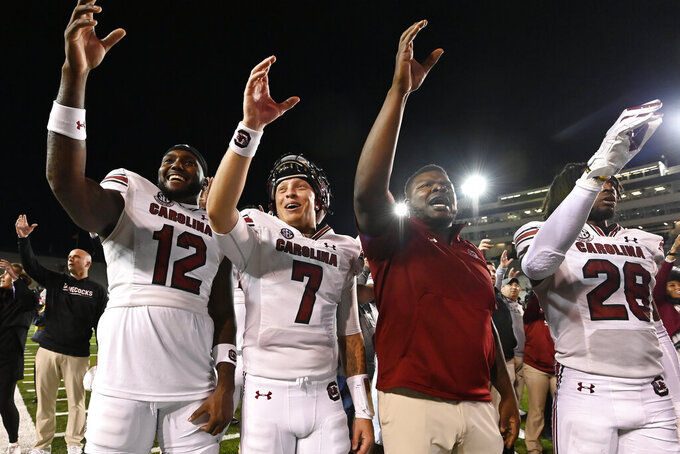 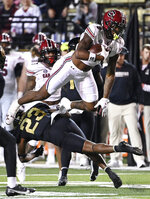 The Gators would become bowl eligible with a victory. First-year Florida coach Billy Napier has been quick to downplay the achievement, saying “we’ve got bigger aspirations than that.” Florida also would like to avenge last year’s 40-17 debacle in Columbia, a stunning upset that sped up the process of firing coach Dan Mullen.

Gamecocks QB Spencer Rattler vs Florida’s defense. The Gators haven’t forgotten about the last time they faced Rattler, who torched them in the Cotton Bowl to end the 2020 season. Rattler threw for three TDs and ran for another in Oklahoma’s 55-20 drubbing.

“It’s pretty nice to get another shot,” Florida linebacker Amari Burney said. “We owe him one.”

South Carolina: RB MarShawn Lloyd (deep thigh bruise) didn’t travel to Vanderbilt last week and has been limited in practice since. He’s a key cog for the Gamecocks, ranking 10th in the SEC in rushing (556 yards) and third with nine in rushing TDs.

Florida: QB Anthony Richardson looks more comfortable the more he plays. His TD passes are up and his turnovers down over his last six games. He’s coming off one of his best outings. He threw for 201 yards and two TDs at Texas A&M and ran for 78 yards and two scores.

South Carolina last won in the Swamp in 2014. … The Gamecocks have back-to-back SEC road wins for the first time since 2012. The last time Carolina won three straight SEC road games came in 2011 when it beat Georgia, Mississippi State and Tennessee. … Steve Spurrier remains the winningest head coach at both Florida and South Carolina. He was 122-27-1 with the Gators (1990-2001) and 86-49 with the Gamecocks (2005-15). … The Gators are 4-2 at home this season. ... Florida will recognize 18 players on “Senior Day,” including nine scholarship guys. The list includes longtime starters LB Ventrell Miller, LB Amari Burney and S Trey Dean. It also includes a few guys with eligibility remaining, most notably LT Richard Gouraige, WR Trent Whittemore, RB Lorenzo Lingard and RB Nay’Quan Wright. … Florida has scored in 432 consecutive games, an NCAA-record streak that began in 1988.